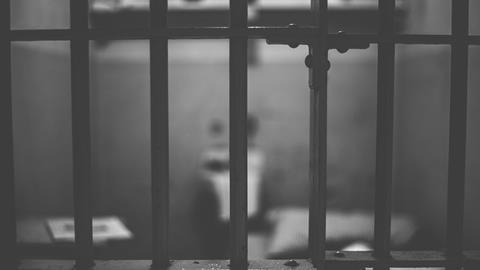 The UK is considered by many to have been one of the leading states in shaping early EU policy in the area of criminal justice and policing.

The UK Law Societies have historically supported the EU’s efforts to improve access to justice in a criminal context, particularly in relation to measures aimed at improving the rights of accused persons. Similarly, many of the EU mechanisms for cooperation in policing have provided benefits in terms of facilitating investigations, sharing information, and ensuring that processes - for example in terms of extradition - function more efficiently.

The review into EU criminal measures in 2014, which the Law Societies contributed to, means that the UK has recently reviewed which measures are important to ensure we have mutual co-operation in criminal justice and security and has streamlined our involvement in these matters. It would be a shame for all concerned to lose mutual trust and cooperation in fields which are of great importance for the security and well-being of citizens; crime and terrorism don’t stop at borders.

Any reduction in the level of access and cooperation the UK enjoys in the criminal justice field would impair and delay effective law enforcement. Information needs to be exchanged swiftly and cross-border investigatory teams need to be established in order to have effective cross-border action. The relationships between European police forces have developed over time to achieve mutual trust and cooperation, which has been assisted by joint initiatives introduced by the EU. This level of trust towards the UK will be difficult to maintain if the UK does not co-operate with cross border mechanisms and agencies; this would be a disadvantage also for the rest of the EU, which benefits by the considerable experience and professionalism of the UK police forces.

Involvement in all of these measures will mean the UK will also have to consider safeguards for personal data which will need to be negotiated.

The UK’s membership of Eurojust allows us to benefit from the co-ordinated work of joint investigation teams across Member States which facilitate the prosecution of serious cross-border criminal offences, such as terrorism and child trafficking offences.

There is precedent for non-Member States to have a relationship with Eurojust. Whilst Norway is not an associate member of Eurojust, it signed a co-operation agreement with the organisation in 2005 and has liaison prosecutors based at Eurojust. If the UK moves from national college members to liaison officers though it is likely to lose influence on the work of the organisation. The USA has also signed a co-operation agreement.

Co-operation through the sharing of information

The UK currently participates in the Schengen Information System II (SISII), the European-wide IT system to facilitate cooperation for law enforcement including persons wanted for extradition, missing persons and witnesses.

Europol focuses on intelligence analysis to support the operations of national law enforcement agencies in Member States, allowing them to work together to combat serious crime. Norway has a co-operation agreement with the EU which centres on exchange of operational information but can also include Europol activities such as exchange of strategic intelligence and specialist knowledge of participation in training.

The Law Societies welcome the recent Government commitment to adopt the Europol opt-in by May 2017, and recommend that the UK continues its involvement in Europol as a member or through a co-operation agreement.

The EAW sets out a court-led process whereby the surrender request from one member state’s courts or prosecutors is almost automatically recognised and enforced. The EAW is more efficient than traditional extradition requests which are usually dealt with by the diplomatic services.

The EAW is particularly important as the UK may not be able to fall back on previous extradition arrangements, namely the 1957 Council of Europe Convention on Extradition (ECE). Some Member States would be unable to apply the ECE due to superseding legislation and others never brought it into force (e.g. Ireland in relation to the UK,) so bilateral arrangements would be required which are likely to be less efficient. Our members have noted that this could lead to extraditions taking years rather than months, as under the current system; this would also create a problem for EU countries.

The Law Societies believe the UK should look to retain the EAW which safeguards UK citizens and helps ensure that the interests of justice are served.

The UK would have to be involved in the CJEU’s jurisdiction under the European Arrest Warrant in some manner in order to settle inter-state disputes. A possible option could be to negotiate to have CJEU judgments as influential but not binding.

As from 22 May 2017, the EIO will replace most of the existing laws in the area of judicial cooperation. The new mechanism will cover almost all investigative measures, such as interviewing witnesses, and obtaining information or evidence already in the possession of the executing authority. The UK should seek to remain a party to this instrument, or negotiate equivalent mechanisms. Experience shows that extending such co-operation to non-EU states can take years to negotiate and can result in more limited forms of co-operation.