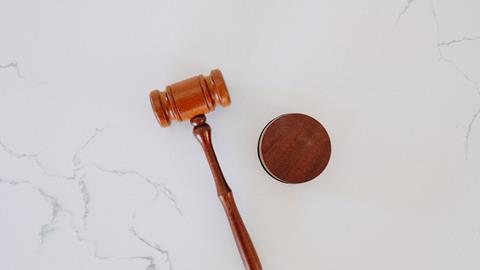 This case concerns NW, who was stopped multiple times and fined for crossing the Slovenia-Austria border without a valid travel document such as a passport. NW challenged these before the Regional Administrative Court in Styria, Austria. The Austrian court noted that due to the Migration crisis in September 2015, Austria reintroduced controls at the Slovenian border. There is an exception provided for in the Schengen Border Code which says that in exceptional circumstances, or where the country is faced with a serious threat to public policy or internal security, the country can temporarily reintroduce internal border controls for a maximum of six months. At the time of NW’s incidents, Austria had used this exception several times in a row. The Austrian Court made a reference to the CJEU asking whether it was permissible to keep renewing the exception if the there is still a serious threat to public policy or internal security.

Advocate General Henrik Saugmandsgaard Oe gave an opinion in this regard. In short, in his opinion, imposing a penalty for refusing to present a valid travel document when requested is not contrary to EU law in the circumstances. The Advocate General reasoned that if countries were not allowed to renew the six-month exception period, this could lead to absurd results, as threats to public policy and internal security are not limited in time. As well as allowing free movement, the Schengen Borders Code aims to maintain public policy and combat security threats, and so Member States must be able to exercise their powers in that regard when needed.

However, the Advocate General also noted that where the serious threat is essentially the same threat, then the principle of proportionality implies strict conditions for reapplication. Where the exception is reapplied several times in a row, then the proportionality condition becomes increasingly stricter on each application. Before a re-adoption, the Commission must examine it and be satisfied that the proportionality condition is met – the Advocate General notes that in this case, the Commission has not issued an opinion on Austria’s continued reapplication as it considers them unfounded.

In February 2019, two Bulgarian nationals were convicted of possession of dangerous narcotics with the intent to distribute. In the course of the investigation, sums of money were taken from the two individuals’ homes. Following the convictions, the Regional Public Prosecutor’s Office in Varna applied to the Regional Court to confiscate the money. The two convicted people appeared at the hearing and told the Court that the money belonged to family members, who could not appear during the proceedings according to national law. The confiscation was not authorised, as the crime of which the two people had been convicted wouldn’t have generated an economic benefit. The Regional Public Prosecutor’s Office appealed the decision, and argued the Court hadn’t considered Directive 2014/42 on the freezing and confiscation of proceeds of crime in the EU. The Court then referred a question to the CJEU asking whether this directive only applies in cross-border situations. The Court also asked for clarity in regards to the extent of confiscation in the directive and the scope of the right of a third party to get compensation if their property is confiscated.

Firstly, the CJEU ruled that the directive covered the present situation, i.e. where the entire offence took place within one Member State. The CJEU also held that it covers the confiscation of property belonging to the convicted person where the property is not connected to the crime, if the national court decides that it was sourced from other criminal conduct. The CJEU couched this with the reservations that a confiscation in this regard must comply with the safeguards in the directive, and the offence for which the person has been convicted must be one listed in the directive.

In terms of extended confiscation, the Court gives some instruction on how to make this decision, noting that the modus operandi must be taken into account, and the Court must satisfy itself on the basis of specific facts and the available evidence, that the proceeds came from criminal conduct. Where the property ostensibly belongs to a third party, the Court also has to establish that an accused or convicted person transferred the property to the third party and that the third party was aware that the aim of the transference was to avoid confiscation.

Finally, in terms of the third party being barred from proceedings where their property is potentially going to be confiscated, the CJEU held that the Directive should be read together with Article 47 of the Charter of Fundamental Rights of the European Union so that a third party is allowed to be present and have access to a lawyer for the duration of the proceedings. The Directive also provides that the third party should have the right to a fair trial.

On Thursday 14 February 2020, an amending law relating to the organisation of several courts, including the Supreme Court of Poland, entered into force in Poland. The provisions of national legislation in force infringe EU law. As a result, the European Commission brought an action for failure to fulfil obligations before the Court of Justice of the European Union. During the preliminary procedure, on Wednesday 14 July 2021, the Vice-President of the Court of Justice of the European Union granted the European Commission’s request for Poland to adopt a series of interim measures. This involved the immediate suspension of the application of national provisions relating to the powers of the disciplinary chamber of the Supreme Court.

Poland did not comply with its obligations under the Vice-President of the Court’s order. Poland did not introduce any national measures to implement several of the interim measures imposed by the order of 14 July 2021, resulting in the Commission requesting for Poland to pay a daily penalty in an amount likely to encourage a Member State to start complying with the interim measures imposed by the interim order. The Commission’s application was lodged on Tuesday 7 September 2021. Poland lodged an application of that order which was dismissed by the Vice-President of the Court on Wednesday 6 October 2021.

On Wednesday 27 October 2021, the Vice-President of the Court ruled that Poland must pay the European Commission a daily penalty payment of €1 000 000. This penalty was imposed as a result of Poland’s failure to comply with interim measures ordered by the Court on 14 July 2021. The daily penalty payment starts from the date on which that order is notified to Poland, and until such time that Poland complies with the obligations arising from the order of 14 July 2021. If Poland fails to do so, the daily penalty will continue until the date of delivery of the final judgment.

The Vice-President of the Court emphasised that compliance with the interim measures ordered on 14 July 2021 is necessary to avoid serious and irreparable harm to the legal order of the European Union and to the values on which that Union is founded, especially that of the rule of law.

Regarding the request for the case to be referred to the Grand Chamber of the Court, this referral is unnecessary. This is because it is for the Vice-President of the Court alone to assess, on a case-by-case basis, whether the applications for interim measures before them require referral to the Court for the purpose of their assignment to a formation of the Court.

The Court will deliver final judgment on the substance of this case at a later date.

A maintenance technician with a specialism in track maintenance was recruited for an apprenticeship during November 2016. In December 2016, the worker was fitted with a pacemaker as a result of a heart condition. This pacer was impacted by the electromagnetic fields emitted by the tracks resulting in the individual being recognised as disabled by the Federal Public Service Social Security in Belgium.

HR Rail declared the worker unfit to perform his duties and instead moved him to the position of storekeeper after a medical examination. The worked was told he was being dismissed on 26 September 2018, coming into effect on 30 September 2018. He was also informed that his probationary period was fully terminated because of his condition making him totally and definitively unfit. The technician later applied to the Conseil D’Etat for an annulment of the dismissal.

Advocate General, Athanasios Rantos, on the question of whether the employer was under an obligation to assign him to a job equivalent to his competency, capacity and availability – in turn, avoiding discrimination on the grounds of disability – provided the following Opinion: