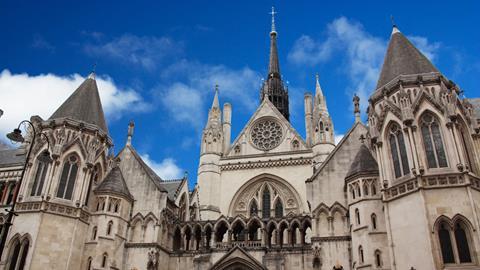 The English & Welsh courts have long been a key global venue for complex cross border litigation. The reasons for their popularity are many and varied, but one part of the equation was (and currently, by virtue of the Brexit transitional period, remains) the private international law framework embodied in the Brussels Recast Regulation and 2007 Lugano Convention. The UK was party to both solely by way of its membership of the European Union. The 2016 referendum result prompted a wave of speculation as to whether the likely disappearance of this framework would materially undermine the High Court’s global competitiveness.

Such concerns are not entirely misplaced. The Recast Regulation will fall away on 31 December 2020. Despite the UK’s recent application to accede and broad support amongst EFTA states – unless there is a broad deal between the EU and UK, which seems increasingly unlikely – the Lugano Convention will do likewise. These instruments are important to companies and individuals resident in both jurisdictions. They give comfort to cross border litigants that their efforts will not be restricted by conflict of laws issues and provide encouragement to bring proceedings in the jurisdiction best suited to resolving the dispute, rather than that which is required by virtue of jurisdictional barriers.

But they must not be overblown. The English court system has many strings to its bow. It is resilient, and the impact of COVID-19 and the resulting lockdown on its proceedings have re-emphasised that fact.

The pandemic and lockdown have combined to create unprecedented challenges for litigants and courts worldwide. Different judicial systems around the world have taken different approaches, the nature of which we do not have space to dwell on. Broadly however delay, adjournment and closure have been the norm in many – though not all – jurisdictions.

In the early stages of lockdown many parties to English litigation assumed that hearings would commonly be adjourned until the crisis had abated. It quickly became apparent that the higher courts did not view this as a realistic option. Whilst there have been understandable issues with jury trials, 80% of civil and family hearings have been able to proceed in some form since lockdown began.

Indeed, the unprecedented shock of COVID-19 has led to a rapid and, by most accounts, successful transition in the use of technology in court hearings in the higher courts (although we understand that the experience has been more variable in the county courts). Our firm’s experience is that hearings – from small interlocutories on the one hand to significant trials or highly complex Supreme Court battles years in the making on the other – have been going ahead successfully.

The courts have put in place a significant number of resources to assist their users at this time. In particular, litigants should be aware of the following:

However, it is the longer term technological and, in all likelihood, cultural impact on litigation that is most interesting. The Lord Chief Justice told the House of Lords earlier this month that judges and lawyers had found remote hearings to be just as successful and, in many cases, more convenient. Altogether, there would be ‘no going back’ to pre-COVID ways. Whilst some reversion to the norm will of course be expected whenever a ‘new normal’ arrives, the Court’s embrace of technology over the last few months will be hard to unpick. It should lead to increased efficiency, reliability and user friendliness. All of which companies are likely to take into account when considering where to take on the expected deluge of litigation that is anticipated in the wake of Covid-19.

All the evidence of the last few months suggests that the English & Welsh courts have proven remarkably adaptable and resilient in the face of COVID-19. Brexit, and other – unknown – challenges await but there is no reason to think that they won’t continue to be so in the face of such other difficulties.