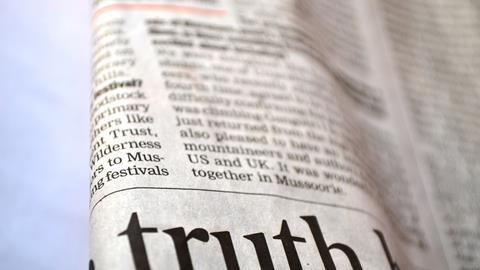 Amid increasing concerns that Russia will use disinformation to sway the upcoming elections in the Netherlands, France, Germany, the Czech Republic, and Sweden, the EU has allocated additional funds to its ”East StratCom” team to expose fake news.

The task force was set up in 2015 by the European External Action Service (EEAS) after it was revealed that Russia and was engaged in aggressive messaging and a deceptive media campaign to undermine the EU.

Through a combination of misinformation and propaganda, including by trolling organisations and people on social media and releasing misleading news items on state media outlets such as RT and Sputnik, Russia has been depicting the West as an aggressive and expansionist entity, as well as being close to crumbling under the combined pressure of the fiscal and migration crises.

It has been reported that several Kremlin-financed media outlets are spreading anti-Western conspiracy theories including that the disappeared Malaysian MH370 airplane might have been shot down by the US, that the West is killing off defence witnesses of Serbian war criminals in the Hague and that a 1,000-strong mob chanting “Allahu Akbar” burned down Germany’s oldest church.

East StratCom is now composed of 11 staff dedicated to effectively communicating and promoting EU policies to counter the Kremlin’s strategy, strengthening the overall media environment in the Eastern Neighbourhood (which includes Armenia, Egypt, Israel and Moldova) and in Member States, and improving EU capacity to forecast, address and respond to disinformation activities by external actors.

The team conducts proactive strategic communications campaigns, based on focused analysis that explains key policy areas and creates a positive EU narrative. In particular, they release a ‘Disinformation Review’ and a ‘Disinformation Digest’ on a weekly basis, whichoffer a systematic overview of cases of disinformation and highlight broader media trends.They also communicate on anad-hoc basis on topical and relevant EU policy issues and analyse disinformation trends, explaining disinformation narratives and myth-busting.

So far the team claims to have found nearly 2,500 examples of Russian disinformation, although officials believe this is only scratching the surface.

East StratCom has now received an extra cash injection taken from other parts of the EEAS budget. The move comes as Europe fears that Russia will use fake news to swing the upcoming elections in Germany, France, Sweden, the Czech Republic and the Netherlands to the advantage of anti-European parties with the ultimate aim of weakening the EU, in the same way that Putin was reportedly able to influence the US elections in favour of Trump, for whom he had a clear preference.