Finland and Sweden to join NATO

In a historic shift in their defence policies, Finland and Sweden will apply to join the NATO alliance, despite warnings from Russia. The accession of the two Nordic countries will expand the alliance’s mutual security pact at a crucial time. However, Turkey may present some hurdles along the way. 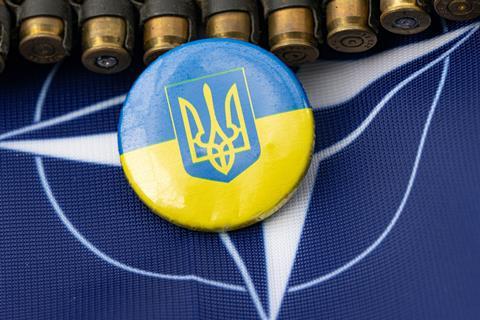 Photo by Marek Studzinski on Unsplash

Finland, which shares an 810-mile border with Russia, has traditionally taken a neutral stance when it comes to its defence policies, ever since the end of the WWII. This follows Swedish tradition, as Sweden has not been at war or part of a military alliance since 1814.

Historically reluctant to involve itself directly or collectively under Article 5 of the Washington Treaty, where an attack against one NATO member constitutes an attack against the whole alliance, this move will reverse centuries of non-alignment military policies.

Since the invasion of Ukraine, public polls have shown that the majority of the population are in favour of joining the alliance in Finland (76% in favour) and Sweden (57% in favour). The feeling was further reiterated in Finnish parliament this week, where a 188-8 vote (94%) was passed in favour of the membership application.

Sweden’s Social Democrats backed NATO membership after conducting a policy review of joining the alliance, which concluded that membership would increase security in Northern Europe and be unlikely to trigger an armed attack from Russia. However, Sweden is opposed to stationing nuclear weapons and hosting NATO bases.

Swedish Prime Minister Andersson remarked, “membership of NATO strengthens security in Sweden but also in the Baltic Sea region. The fact that we are applying together with Finland means that we can contribute to security in Northern Europe.” Formal letters were submitted jointly from the Finnish and Swedish Ambassadors to NATO’s Secretary General on 18 May 2022 at the Alliance’s Brussels headquarters.

Previously concerned with the interim period between application and ratification of all 30 NATO members, security assurances continue to be negotiated. Pending membership, neither Finland nor Sweden will qualify for collective defence under Article 5 of the Washington Treaty, leaving them in a potentially vulnerable position to threats from Russia.

NATO partners have already signalled that both countries’ applications to the alliance would be welcomed. The Nordic countries have a strong military defence, and are highly compatible with NATO, having been close partners for decades.

However, Turkey shared their reservations about the membership bids and outlined their demands last week in Berlin. Their demands include lifting export bans on Turkey which involves an arms embargo, and to stop support for the Kurdistan Workers’ Party (PKK), which Turkey classes a terrorist organisation. Turkey’s stance may result in discussions which could cause delays to the accession, as membership must be approved by all 30 members of NATO countries.

As membership approval must be unanimous, this means that if one NATO member vetoes Finland or Sweden’s membership bid, then the alliance cannot formally invite the two countries to join.

Russia has warned of the serious military and political consequences of joining NATO, which could include positioning its nuclear arms closer to Finland and Sweden, in the Baltic Sea.  Arguing that joining the alliance will not bring greater security to Europe, Russia retaliated to the news by cutting off power to Finland, which accounts for around 10% of its energy. A Vice President of Fingrid, their national transmission system operator, expects sufficient power to be provided by Sweden. NATO has also raised concerns about the potential cyber retaliation from Russia, as the alliance edges closer to their border.

The NATO Summit will be held in Madrid on 29-30 June, which is likely to be the date that both applications are approved and possibly signed, if not sooner if everything goes to plan. After this the national ratifications will still need to follow.