Helena joined the Joint Law Societies Office in Brussels at the beginning of 2015 and she became the Head of Office in spring 2017. A Finnish national with a Scots law background, she is an expert on EU legislative processes and institutional frameworks.

Before joining the Law Societies Office, Helena worked in academia, teaching and researching EU law. After obtaining  her first degree – LLB(Hons) from the University of Aberdeen – she embarked on a PHD in European Union Law. Her PhD was on the implications of the transposition of the Brussels Convention on jurisdiction, recognition and enforcement of judgments in civil and commercial matters into an EU Regulation. During the later stages of the PhD, she was also employed as a University Lecturer in Law at the Aberdeen University School of Law. 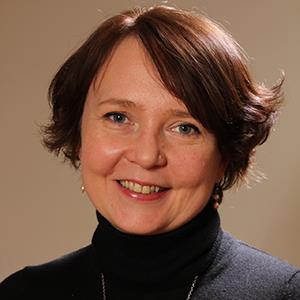 After graduating with the PhD, Helena received a post-doctoral research grant at the University of Helsinki. During that period, Helena also obtained a master level qualification in Finnish law. Helena was soon appointed an Assistant Professor of European Union Law at the Erasmus School of Law, in Rotterdam, the Netherlands. In addition to her research there,  she was the coordinator of the International and European Public Law Master programme and taught a wide range of EU law subjects including the internal market and Area of Freedom, Security and Justice, EU institutional and constitutional law, and EU judicial protection framework.

Helena is fluent in English and Finnish, and she has elementary knowledge of French, Dutch and Spanish.

Helena is also Chair of the EU Committee at the British Chamber of Commerce and Board member of the European Women Lawyers Association (EWLA).

Helena can be reached by email.