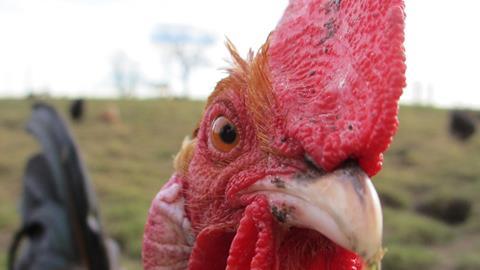 Chlorine washed chicken is back in the news; as the UK casts around to find trade partners to replace the EU post-Brexit, some commentators are expressing doubts that the UK would be able to retain the same degree of consumer protection vis a vis foreign imports, when no longer part of the single market.

Believing that agreeing to liberalise trade with the US would allow food produced under lower environmental standards to enter the British market, opponents of the deal seized upon chlorine-washed chicken as being totemic of what they saw as ‘inferior’ US regulatory policy, claiming that chlorine-washing – while not injurious to health in itself – was an easy way of compensating for poor hygiene during the entire farm-to-supermarket production process.

Nor is this, in the eyes of sceptics, an isolated concern; GMO crops and certain food additives have also been mooted as potential dangers of the UK being out-leveraged by the US into either accepting goods banned from export to the EU, or to removing additional barriers which currently prevent certain prevent goods being placed on the market, such as is the case with a number of major neo-nicotinoid pesticides.

The USA and the EU are both members of the WTO, and indeed the value of trade between the two is the highest of any pair of trading partners in the world. Restrictions on transatlantic trade generally arise due to concerns on public health and welfare (from GATT Article XX) , or as a result of so called ‘Technical Barriers to Trade’,  where the regulatory requirements of one party have the effect of preventing certain imports from the other. If a more open market between the US and the UK is expected post-Brexit, looking at the subjects of historical EU-US disputes may offer some insight as to how that would translate in terms of new products being placed on the UK market – particularly in the case of food.

In 1989, the EU banned the importation of meat containing artificial beef growth hormones, which were approved for use in the USA. Such a ban, ostensibly to protect human health, is permissible under the terms of the Agreement on the Application of Sanitary and Phytosanitary Measures (“SPS”), but only if the party imposing the ban can provide valid scientific evidence that such a ban is well founded. In the case of the hormones within the scope of the ban, the US (along with Canada) had had these in use for fifty years. The EU, responding to consumer concerns, passed legislation restricting the imports despite limited scientific evidence linking hormone raised beef to health problems.

A case was brought before the WTO Dispute Settlement body, and later to the Appeal body, which upheld, in a 1998 decision, that the EU’s ban “violated Art. 5.1… [of the SPS]… because it was not based on a risk assessment”. Accordingly Directive 2003/74 EC was enacted to amend the ban. However, the US and Canada rejected that the EU had met WTO standards for scientific risk assessment. A further WTO case was brought in 2004, this time by the EU, seeking to have the retaliatory measures still in place dropped. Between 2009 and 2016, a memorandum of understanding (“MoU”) between the EU and the US did in fact remove the retaliatory measures in return for increased quotas on imports of grain-fed beef to the EU. In December 2016, however, then President Obama took steps to reinstate the measures, with the US Trade Representative asserting that “in recent years the U.S. beef industry has been prevented from gaining the intended benefits from the MOU because of increased imports under the duty-free quota from non-U.S. suppliers.”

A 2003 dispute concerned two pieces of legislation: Directive 2001/18 “on the deliberate release into the environment of genetically modified organisms”, and Regulation 258/97 “concerning novel foods and novel food ingredients”. The USA (along with Argentina and Canada) argued that these – and more specifically the administrative procedures for approval of Biotech products which they established – amounted to a de-facto moratorium on the placement of Biotech products on the market. The Panel broadly agreed, holding that “…Approvals were prevented through actions/omissions by a group of five EC (sic) member States and/or the European Commission.”

In an echo of the decision of the Beef Hormones case, the argument of the EU that the measures taken were necessary safeguards failed as it was held that the de facto moratorium was in fact a procedural delay, and not a measure to achieve “sanitary or phytosanitary protection”. Subsequently, settlements involving “technical discussions” led to an end to the WTO cases.

An interesting point, which neatly encapsulates the point of disagreement in the series of disputes, can be found in the submissions; as one summary noted;

“The EC rebuts the U.S. argument that a positive risk assessment requires the EC or an EU member state to give final approval for commercialization of a biotech product. The EC states that EC scientific opinions are not legally binding on member states, as the U.S. believes they are, and that “scientific opinions are limited in scope, and, therefore, often do not conclude the risk assessment process, even in the narrow sense.”

As can be seen from the two examples above, WTO jurisprudence follows the principle that restrictions on trade, enacted for reasons of public health and safety, must be in accordance with valid scientific evidence. It is possible to restrict imports of animal products based on grounds of public morality – as was the case with EU Regulation 3254/91 (fur caught in leghold traps), or most clearly in the dispute in EU-Norway, Canada Seals 2013-4. In that last case, the Dispute Settlement Panel held that “a country is allowed to have an import ban based on public morals if there is a long history of public opposition.”

Perhaps that is reason why chlorine-washed chicken has yet to make it as far as a dispute settlement body; it is hard to see how an objection on grounds of public health could succeed, given the impossibility of proving that a practice widespread in the US, with no apparent isolated impact on public health, could be scientifically shown to be harmful to EU consumers. Meanwhile, an attempted ban on grounds of animal welfare & public morality could draw uncomfortable attention to industrial farming standards within the EU.

What does this mean for the UK? As can be seen from the above cases, resolutions to disputes brought before the WTO dispute settlement body do not necessarily result in clear changes to the restrictive measure, but instead often result in a mutually acceptable easing or restructuring of the legal framework in question. As trade is an exclusive competence of the EU, in bilateral conflicts the scope for finding a mutually beneficial compromise is potentially as large as the single market – and bear in mind that in the case of disputes, the compromise need not be limited to similar kinds of products. Difficulties in accepting agricultural products could be assuaged by liberalising intellectual property markets, for example. Post-Brexit, it seems doubtful that the UK, with  a vastly decreased market to open up to international trade– albeit while having more autonomy over that market -  could recreate, if it wanted, the trade schedules of the EU and still retain enough clout to close the door on products sold in the US that are potentially undesirable to UK consumers.