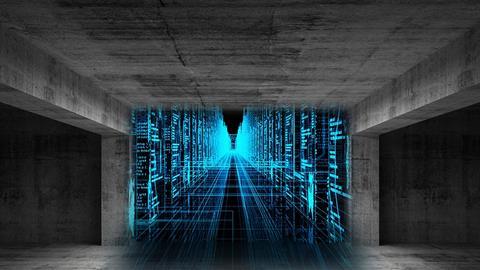 The Digital Single Market has increased access for consumers to buy goods online. Although there are benefits from the digital economy, the rise of super-platforms pose many challenges, in particular when data and algorithms are used together. This starts to change the dynamics of competition in order to maximise efficiency for companies.

The Commission’s Preliminary Report on the E-commerce Sector Inquiry also reported use of automatic price adjustments and the OECD has also published a report on Algorithms and Collusion. This could lead to anticompetitive behaviour as it makes it easier for firms to achieve and sustain collusion without any formal agreement or human interaction. This form of market share poses new challenges as these arrangements do not go through the legal instruments we currently have.

A company may use algorithms to automatically set prices. An example of anti-competitive collusion on algorithms is the fuel market in Rotterdam. The Rotterdam area was found to have used technology which took data from a number of companies where it built a database, the algorithm was taught behaviors and then connected to as many data points in order for it to make real time decisions. Computers adjust to the changing market, thus making it easier for companies to ask the algorithm what it wants i.e. more market share, increase prices etc. Thus, how much intent is needed for collusion to be established for Article 101 TFEU to apply? This is difficult to establish due to the natural development of the market, posing a challenging question on whether it is possible to charge a company that profits from our data.

Algorithms are also used by companies to analyse a consumer’s personal data to quote that individual with different prices. This is becoming more dominant. When a consumer goes online to buy a good, they may believe they are paying the best market value however, they can be paying the highest price that they are willing to pay. This can be based on factors such as a consumer’s postcode or if the consumer is using a MacBook or iPhone. There is also dynamic pricing, where an algorithm assumes a consumer can afford more through the way they arrived to a website. In theory this is passive collusion as there is no interaction or anything to satisfy Article 101 TFEU, yet the price still changes. This can lead to distortion in the market and secret deals, which engage in discriminatory pricing.

Consumers believe they have ample choice online through many competitors. However, the reality is that websites decide what prices to show you, decide the features that are shown and are far from the competitive nature we think it to be. This system works because of asymmetric information and consumers are unaware of how they are being manipulated. Some argue this is a consumer protection problem and not a competition law problem. Companies are using price discrimination in order to extract the most value. Social gaps can increase as wealthier consumers are likelier to have access to countermeasures than poorer consumers, which brings up the notion of EU competition also being about fairness. However, companies need an e-commerce market platform if they are to access other markets across Member States. Smaller businesses may have detrimental effects, for example, where they do not realise what makes them higher or lower in search platforms. Thus, there is possible harm to smaller businesses and there are no mechanisms for redress.

Algorithms, collusion and personal pricing will likely effect more and more markets, which will change the market terms as trends are continuously evolving. Thus, there is an issue for the future, if artificial intelligence is used to determine prices, it will be harder to lower prices in the market as the outcome cannot be easily reverse engineered. There is an issue of liability, if an algorithm creates a problem, is the person who created the algorithm liable?

Ultimately, the winners in this scenario are the big platforms who are taking advantage in this area. However, some believe that the consumer is the new super power and that the consumer has the ability to direct the market in which way they want, based on their choices. It may be possible to stretch Article 101 TFEU to legislate on this area, however this debate is to appreciate that there is a radical change in competition and as a society we benefit by regulating it. The EU Commission aims to release a proposal by the end of this year on the interventions that should occur. However, care is needed on any future legislation to ensure that it does not disable any innovation and still balances the issues related to consumers.

The article is the record of the discussions during the Joint Brussels Office event on competition in virtual reality on 10 May 2017. The guest speakers were Professor Ariel Ezrachi, Slaughter and May Professor of Competition Law at the University of Oxford, and Werner Stengg, Head of Unit for E-Commerce and Platforms at DG Connect.