Could a software code change slash Bitcoin’s energy mining by 99.9%?

Bitcoin and other blockchains use an algorithm that is powered by an energy-intensive computing process to validate and secure transactions called Proof of Work (‘PoW’). However, an alternative mechanism, Proof of Stake (‘PoS’) could prove to be better for the environment, as it would reduce the amount of energy needed to secure transactions on the network. 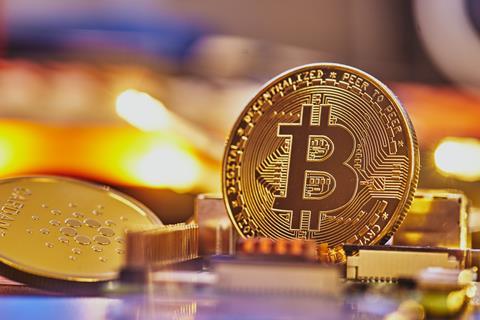 According to the Cambridge Bitcoin Electricity Consumption Index, Bitcoin’s power consumption was 138 terawatt-hours earlier this year, which is more than some entire countries consume, showing us just how much energy is needed for Bitcoin to function. This is down to something called the PoW algorithm, an idea first introduced in 1993 to combat spam e-mails.

The technique was not used as we know it today, until Satoshi Nakamoto created Bitcoin in 2009. He realised that this method could be used to reach consensus between many nodes on the network and he used it to secure the Bitcoin blockchain. However, the PoW algorithm works by having all nodes solve advanced mathematical problems that require quintillions of numerical guesses a second. PoW therefore requires massive amounts of electricity and encourages the use of mining pools.

To solve this problem, a new consensus algorithm was proposed in 2011, called PoS, an alternative method that requires far less electricity to operate. This system does not depend on the cost of the electricity it burns to secure the network. Instead, it depends on direct economic incentives, whether through a carrot (block rewards) and/or through a stick (“slashing,” in which the stakeholders post bonds which can be seized if they misbehave). This could be a greener alternative, accomplishing the same goals as PoW.

A campaign called Change the Code Not the Climate, launched by environmental groups, called on Bitcoin software developers to change their strategy for keeping blockchain secure by either.

The case for more sustainable cryptocurrency mining has intensified with institutional adoption, but the broader cryptocurrency community is divided over whether cleaning up the mining sector is the best path to environmental sustainability. Its enthusiasts argue that, energy is essential to Bitcoin’s free and fair monetary system, which comes with consumption of large amounts of mostly fossil fuel generated power. It is also argued that the benefits of crypto mining and PoW outweigh the costs, and that cryptocurrencies can only be fully secure if they are decentralized.

As a result, newer blockchain protocols are exploring other consensus mechanisms that consume less energy and promote decentralization. For example, Ether, the cryptocurrency native to the Ethereum blockchain network, has been working on a shift to this model for more than two years, but the project has experienced technical difficulties.

Five of the biggest publicly traded crypto mining companies are also moving towards renewable energy. Argo Blockchain, a world-leading cryptocurrency miner, claims to be championing the use of renewable sources of power to support the growth and development of blockchain technologies.

In the European Union, the Vice-Chair of the European Securities and Markets Authority (ESMA) called for a ban of PoW due to environmental concerns. The European Parliament’s Economic and Monetary Affairs Committee voted last month to keep out of the proposed Markets in Crypto Assets (MiCA) framework a provision which sought to ban PoW based cryptocurrencies. The provision could have, in effect, banned Bitcoin across the EU.

A greener version of Bitcoin is, in theory, possible. Bitcoin’s code could switch to a less energy-intensive consensus mechanism, whereby a new section of the blockchain ledger underlying the cryptocurrency would follow different rules. However, every miner would need to switch for the new path to work. Industry insiders say it is hard to imagine the entire Bitcoin community, which is peppered with disagreements, lending support to such a plan.