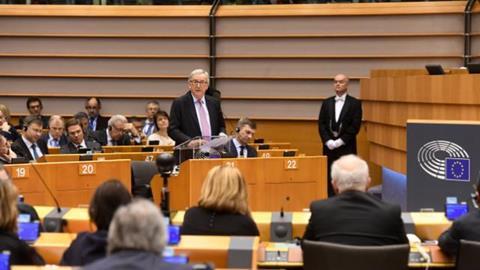 EU at the crossroads

On 1 March, the Commission published its vision on the future of the European Union. Stretching over 23 pages, the document presents five scenarios for how the EU could evolve by 2025.

The White Paper on the Future of Europe, as it is officially called, was announced by Jean-Claude Juncker in his State of the Union speech delivered in 2016. The document outlines key drivers for Europe’s change. The paper proposes five different scenarios for how the EU could evolve by 2025, and constitutes the EU’s response to the UK’s decision to end its 43-year long EU membership.

The paper comes at an important and difficult time for the EU. In 2017, the EU finds itself celebrating the 60th anniversary of the Treaty of Rome, waiting for the UK to trigger article 50, defending itself against harsh comments from the new administration of US President Donald Trump, and facing national elections in three major EU countries (Netherlands, France and Germany) where the far right has considerably increased its reach in the past several years.

The EU has also faced a major economic and financial crisis, tax evasion scandals, migration surge and the resulting challenges, a wave of referendums, and several major terrorist attacks.

In 2017, the EU faces a different global reality than it did 10 or 20 years ago. The EU’s share in global GDP is falling, and so is its share of global population. Additionally, the European economy faces fierce competition from emerging markets, especially from China. Finally, the geopolitical and economic climate is also changing rapidly, with new players such as India, Brazil and Russia entering the stage.

Despite its obvious long-term achievements, the EU has suffered a great loss of confidence from large sections of its population and from many political groups. It was accused of doing too much, then too little, and then too much again. It struggled to strike compromises between various political and social factions who sought more from Europe, and those who saw its role limited to the minimum. It has long suffered from a lack of or poor understanding of how it functions and what benefit it brings to its citizens.

Faced with enormous challenges to its very existence, the EU’s idea to move forward, as set out in the white paper, is for its 27 members to move together as a Union. In the words of the President of the Commission, Jean Claude Juncker: “Like generations before us, our response to the task ahead cannot be nostalgic or short-term. It should be built on a common perspective, and on the shared conviction that by coming together, each of us will be better off.”

The paper has set out the following five scenarios:

The white paper has reinvigorated the discussions of different concepts of the EU, from a more federalist one, to the two-speed Europe, multispeed Europe (or concentric circles) and Europe à la carte.

Unsurprisingly, some of the ideas received strong support and some attracted fierce criticism. Many of the EU member states, like Germany, Belgium and Italy, are strongly in favour of the two-speed Europe. Indeed, at the EU summit in Malta in February this year, many European leaders offered their support to the idea of the union of “different speeds”. However, the governments of many Eastern European countries expressed fierce criticism over the idea of a multi-speed Europe, fearing that it would lead to two categories of states, with the “more advanced” group taking decisions which would have a continent-wide effect without the participation of all those concerned.

It is rumoured that the internal divisions within the EU may have an impact on Brexit negotiations. The EU will be expected to present a uniform view of its future relationship with the UK, and that will largely depend on the future vision of Europe minus one of its biggest member states.

The debate will undoubtedly continue until, and after, the EU summit in Rome later in March.