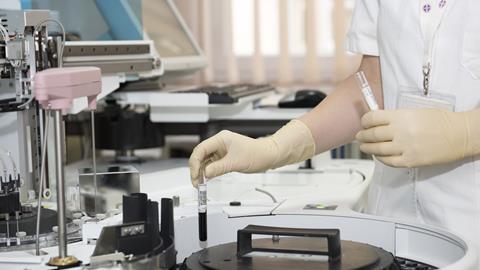 Healthcare in Scotland needs consideration as part of Brexit negotiations

The Law Society of Scotland has said that healthcare needs in Scotland should be considered alongside those of the UK as a whole, as part of ongoing Brexit negotiations.

In its analysis paper, the Law Society has said that the UK’s withdrawal from the European Union will affect many aspects of the provision of health and social care and as Scotland has differing requirements, including its reliance on overseas workers, there should be an inquiry by the Scottish Parliament into the potential impact of Brexit.

The Law Society has set out a series of recommendations in its paper ‘Brexit and the impact on health related matters’ which includes the Scottish Parliament undertaking research into the potential impact of Brexit on healthcare services in Scotland. The paper also looks at the impact EU regulations have had to date on UK health and social care, cross-border healthcare and cross-border collaboration for medical research after the UK leaves the EU.

Professor Alison Britton, convener of the Law Society of Scotland Health and Medical Law Committee, said: “We think it would be a positive step for the Scottish Parliament to carry out an inquiry into the potential impact of Brexit on our health and social care systems to help identify those issues which may need to be addressed.

“We know that healthcare is a priority for people and, given the differences in NHS Scotland and our social care systems from those operating elsewhere in the UK, we think this would be a valuable exercise to determine how Brexit may affect the health services provided for people living in Scotland.

“For example, what impact is Brexit likely to have on staffing in the future? Almost six percent of doctors working in Scotland qualified in another EU country, but this figure does not include EU nationals who trained and qualified here so the number is likely to be higher. So, while there may be no immediate impact, we will need to plan for the future to ensure we have the medical and healthcare staff we require, particularly as we have an ageing population who will be increasingly reliant on healthcare services.”

The Law Society has also said that reciprocal and mutually beneficial arrangements for health care coverage and maintaining cross-border healthcare after Brexit should be a priority for negotiators.

Professor Britton said: “The existing reciprocal arrangements will continue in relation to the European Health Insurance Card for UK citizens living in EU states prior to the Brexit date. However it remains unclear as to what will happen after we leave. We believe that negotiations on this should be given priority to provide reassurance for UK citizens currently living in Europe and EU citizens resident in the UK.

“Another critical decision must be made on how medicines will be licensed once the UK leaves the European Medicines Agency.  We have recommended an evaluation of the existing contributions and alignments from major organisations such as the Medicines and Healthcare products Regulatory Agency as well as reviewing the role of other organisations which have, to date, not played a part.”

The Law Society has also raised concerns around the future of health and medical research, saying it has been highly successful as a result of strong UK-wide and international networks, but has warned that these are at risk of fracturing if not addressed.

Professor Britton said: “We have recommended that the UK and EU seek ways to preserve the major contribution that the UK currently makes to research within the EU. We believe that given the willingness of those who work in this area, current negotiations may provide an opportunity to foster new relationships and stronger collaborations in the future.

“It’s important that we can fully evaluate the potential impact of Brexit on our healthcare systems, in the UK as a whole and within Scotland. We must work to ensure there will be no detriment to those who need healthcare when we leave the EU.”