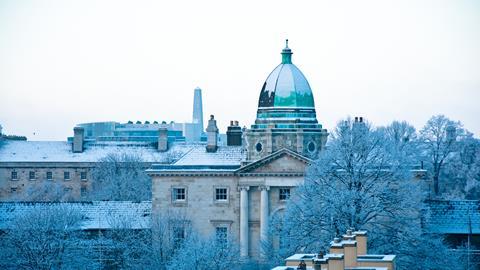 On 9 May, Stuart Gilhooly, president of the Law Society of Ireland and Ken Murphy, director-general, were hosted by the Law Societies’ Joint Brussels Office for an information evening on registering as an Irish solicitor.

The president and director-general gave an informative and interactive talk to an audience of mostly UK lawyers based with international firms in Brussels, advising the audience of the ‘no exam’ principle, whereby a solicitor who has qualified in England and Wales or Northern Ireland can have their qualification recognised in Ireland without having to sit additional examinations, and vice versa. The principle applies to those who have first qualified into other jurisdictions, but who have three years post-qualified experience (PQE) in England and Wales or Northern Ireland.

Mr Gilhooly and Mr Murphy were keen to stress that the information provided was strictly on a courtesy basis, and was not an inducement for UK solicitors to transfer to Dublin. Many solicitors have  already done so, however (approximately 1100 solicitors have registered in Ireland since Brexit, and slightly more than 200 have taken out practicing certificates) which speaks to the intensity of interest in the subject.

As was to be expected given the audience and location, the questions from the floor covered some of the finer details of EU Employment law and recognition of professional qualifications. Attendees were particularly interested in routes for those qualified in Scots law, who are not covered by the reciprocal Ireland - England and Wales/Northern Ireland recognition regime.

The panel explained the reciprocal nature of the arrangement allowing a smoother means of transition for Irish solicitors wishing to work in the UK and UK solicitors in Ireland, and posited that if changes were introduced by the England and Wales/Northern Ireland authorities to qualification requirements, this could lead to a revision of the conditions for UK solicitors wishing to register at the Irish Bar. The speakers concluded, ‘what lawyers crave above all is certainty and the current world does not allow that.’

Further information, including details on the prerequisites to obtain a Certificate of Admission, is available via the Law Society of Ireland’s website.