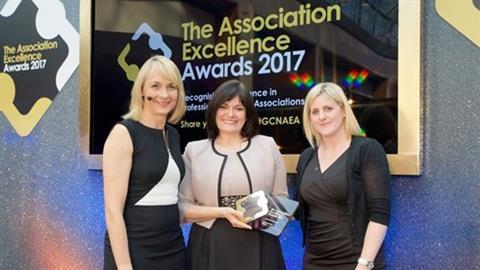 Lorna Jack, Chief Executive of the Law Society of Scotland, has won the UK Association Excellence Award for Leadership in a prized addition to the trophy cabinet at the Society’s Edinburgh offices.

On accepting the much deserved accolade, Lorna commented, “I was delighted to hear that I had been shortlisted and in such good company.  While I genuinely wasn’t expecting to win the Association Excellence Leadership Award, I am thrilled to have been recognised in this way and by such an esteemed panel of judges. It is of course a personal honour but it is really an award for the passion and commitment that my colleagues, Board, committee and Council members bring to our organisation. Leadership is easy when we all believe in what we are trying to do”

The judges selected Lorna over the other finalists for the clear demonstrable change in the organisation delivered with a combination of leadership and innovation. Lorna was commended on her encouragement of students as the next generation of solicitors and her championing of programmes such as Street Law and the new Lawscot Foundation.

Since joining the organisation as Chief Executive in January 2009, Lorna has led her team in delivering a program of modernisation, which has included improved transparency, governance arrangements, business efficiencies and outreach to members and stakeholders for what is the professional body for Scottish solicitors.

Her current focus is on aligning the Society’s resources against its five year strategy Leading Legal Excellence.

Over 320 delegates from a cross-section of UK Associations attended the ceremony in London, where BBC’s Louise Minchin revealed the winners in 16 categories. In testament to the high quality of entries received, the judges also awarded seven Marks of Excellence. Amongst these and in the category of Best Association Magazine or Newsletter, was the Law Society of Scotland’s monthly member email, Lawscot News.

Lorna said, “Lawscot News is the culmination of a lot of hard work from our Comms team, but it is also evidence of the commitment right across the Society to drive meaningful dialogue with our members and provide world class customer service. To be acknowledged in both of these categories is an incredible achievement and means the world.”

Eilidh Wiseman, President of the Law Society of Scotland said, “I have had the privilege to work alongside Lorna for two years now as an Office Bearer and I never fail to be amazed by the energy, drive and enthusiasm with which she leads her team.  I can’t think of anyone more deserving of this award and congratulate her on behalf of all her colleagues at Society.”

The Association Excellence Awards are organized by Global Conference Network (GCN) and bring together an outstanding panel of judges, representing associations from every sector.  The awards recognise and reward individuals, teams and initiatives from associations across the UK, highlighting excellence in how they operate and serve their members. 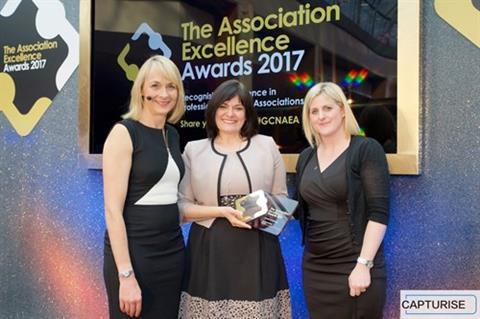