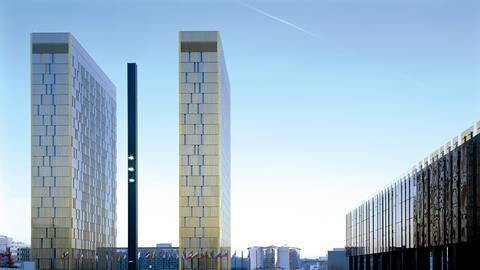 Source: Court of Justice of the EU press materials

The Law Society of Scotland has said that it will be critically important for the UK Government and EU Commission to consider the needs of litigants with cases going before the Court of Justice of the European Union (CJEU) prior to Brexit.

The Society has said that both the UK Government and EU Commission must take into account the rule of law and justice as part of their Brexit negotiations, following recent publication of position papers on the Ongoing Union Judicial and Administrative Proceedings.

In its analysis of both sets of position papers, the Society has said that neither has taken full account of the needs of court litigants and there was a need to adopt a principle-led approach to the reforms to ensure that people taking cases to the CJEU would not be adversely affected.

Michael Clancy, Director of Law Reform at the Law Society of Scotland, said: “The UK Government and the EU Commission have both published position papers on judicial and administrative procedures. There is however a mismatch between the two and it will be essential to ensure that any gaps are addressed. It’s our view that the negotiations on such important matters must be underpinned by the rule of law and ensure justice for litigants involved in cases going before the CJEU.

“We have concerns that there is no provision in the UK and EU position papers to deal with cases pending before the CJEU at exit day, meaning litigants or potential litigants in that situation would lack certainty about how their cases would progress.”

The Law Society has also said that even once the UK has left the EU, there will still be a need for a determination on applicable EU law in relation to some cases, although the UK will no longer have recourse to the CJEU.

Mr Clancy said: “While the numbers are not known, it is highly likely that there are cases pending in the domestic courts across the UK and other member states which may involve action in the CJEU before the UK leaves the EU. There will also be cases which have already been referred and are waiting for a decision.

“It is critically important that all current and pending cases are identified quickly, and that they, in addition to any new cases, are dealt with using adequate transitional arrangements, rather than be left to go through the CJEU system and risk not being heard by exit day.

Mr Clancy added: “Many of the contentious matters in relation to Brexit will arise in the context of domestic litigation, which at first sight do not appear to raise constitutional issues.

“In term of trade between the UK and the EU for example, it will be important to have consistency in the outcomes of certain cases which go before British courts and the CJEU –in the case of UK farmers for instance, they would need to know that any pesticides they use would not exclude them from selling their products in the EU as well as in the UK.”

In its submission, the Law Society has also questioned if it should be possible for a case pending before the Scottish courts on exit day, which raises an EU question, to refer that question to the CJEU on or after exit day. The Society has also set out a range of alternative options to deal with some of the issues which are likely to arise.

Mr Clancy said: “These are issues which raise deep questions about the rule of law and are too important to be treated as a matter for regular negotiation in the context of the UK’s withdrawal.

“We don’t think the approach currently outlined for the Withdrawal Agreement adequately takes into account the interests of the citizen in both the UK and the EU in connection with the enforcement of obligations or the vindication of rights.

“Ultimately the agreement is a political matter between the UK and the EU but we hope that their negotiations can be informed by the principles set out in our paper.”