On 12th December the Joint Brussels Office of the Law Societies arranged a visit to the European Court of Justice in Luxembourg. Alina Bailey and Hayley Ainsworth, trainee solicitors currently seconded to the Brussels Office, were joined by trainees from UK and international law firms with a presence in Brussels.

The trainees attended a case briefing from Mr Langensteiner, a fellow trainee at the CJEU, before attending a hearing in the Grand Chamber of the Court of Justice on the topic of energy, contracts and consumer protection.  The cases (Case C-708/17 EVN Bulgaria Toplofikatsia EAD v Nikolina Stefanova Dimitrovа & Case C-725/17 Toplofikatsia Sofia EAD v Mitko Simoneov Dimitrov) concerned the energy bills of two individuals in a co-owned apartment building in Bulgaria and questioned the applicability of Directive 2011/83/EU on consumer rights and Directive Directive 2012/27/EU on energy efficiency. 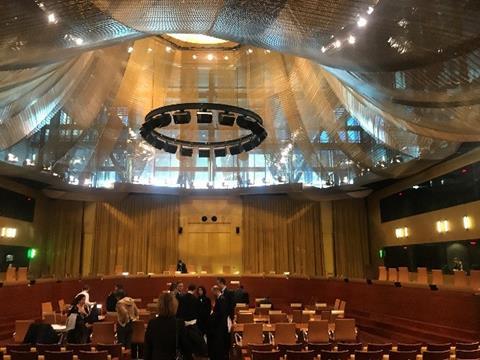 After the hearing, the trainees were treated to a fascinating and historical tour of the ECJ buildings and how the ECJ and has developed and grown since 1952. The tour included the Grand Chamber and its antechamber, the General Court and the library and the tour included some really interesting art pieces along the way, on loan to the ECJ from museums and institutions across Europe.

The visit culminated in a delightful and informative lunch with Ian Forrester QC, the UK Judge at the General Court of the European Union, both of whom took the time to chat with the trainees about Brexit, the workings of the ECJ, life as a Judge and the judicial appointment process. The unique opportunity to have lunch with a highly respected member of the Court was a particular highlight of the day which was filled with lively debate and discussion.

The visit was thoroughly enjoyed by all of the trainees, and the UK Law Societies’ Brussels Office would like to extend a huge thank you to the ECJ and to Judge Forrester, in particular, for welcoming us. 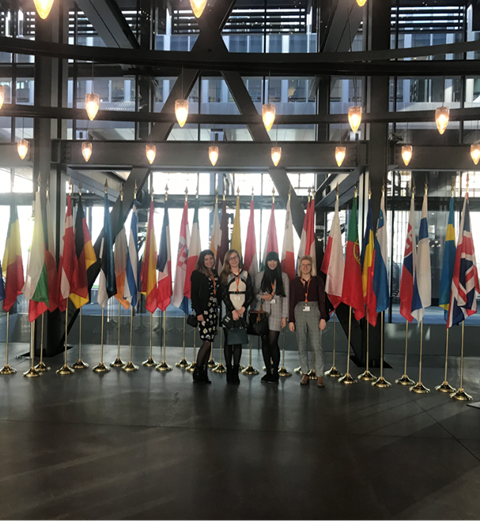