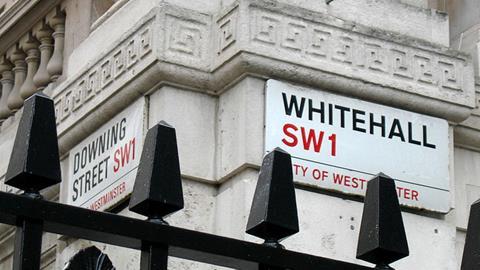 After nearly seven months of giving little away on the issue since the UK’s shock vote to leave the EU, on 17 January, Prime Minister Theresa May unveiled the UK government’s negotiation position for its upcoming talks on its withdrawal from the EU.

The revelation was shortly followed by a white paper setting out the UK government’s plans, released following the Supreme Court’s decision that the triggering of Article 50 had to be approved by an Act of Parliament. In what was seen by some as a surprise move, it was revealed that the government intends to take the UK out of the single market and the customs union in order to restrict movement of EU citizens to the UK, a central issue during the referendum campaign, after various EU leaders warned that the UK could not remain in the single market without accepting the freedom of movement.

Instead, reiterating the phrase on her podium, “A Global Britain”, May wants to negotiate a “new, comprehensive, bold and ambitious free trade agreement” with the EU, in return for which the UK would be willing to contribute funds to some specific EU programmes but at a level far smaller than current UK contributions. The UK will at the same time focus on increased trade with third countries, including China, Brazil, the Gulf States, Australia, New Zealand, India, and, in particular, the US, following President Trump’s pledge to seek a rapid trade deal.

It was also revealed that the UK would no longer be under the jurisdiction of the European Court of Justice, because “we will not have truly left the EU if we are not in control of our own laws”. It was not all change however. The government wishes to continue to co-operate on crime, defence and foreign affairs and collaborate on major science, research and technology exploration, protect and enhance workers’ rights, many of which derive from EU legislation, and maintain the Irish Common Travel Area, working for a practical solution for the border between Northern Ireland and Republic of Ireland, which has been seen as a thorny issue. Of particular interest to the Law Societies, the white paper recognises the need to maintain rules allowing for the mutual recognition and enforcement of civil court judgments.

As a matter of priority, the government wants the rights of EU citizens currently living in the UK and UK citizens living in the rest of the EU to be protected. May revealed that many of the remaining EU27 leaders favour such approach but that “one or two others do not”.

In a relief to many businesses, the speech and white paper recognised the need for a smooth and orderly Brexit, accepting that, once the future partnership between the UK and the EU is established, an implementation period would be needed. It was also revealed that the final deal would be put to a vote in Parliament, a revelation that saw the pound soar.

During her speech, May warned other European leaders that the UK is prepared to fall out of the EU if she cannot negotiate a reasonable exit deal, stating that any attempt to inflict a punitive outcome on the UK would be an “act of calamitous self-harm”, in what was seen as a reference to the UK’s option to dramatically decrease taxes to attract companies.

The revelations were met with a cautious welcome by European leaders, with Donald Tusk, the President of the European Council, tweeting “sad process, surrealistic times, but at least more realistic announcement on Brexit” and Germany’s foreign minister welcoming “a bit more clarity about the British plans”. Meanwhile, the Maltese prime minister, Joseph Muscat, whose country holds the Presidency of the Council of the EU, promised a fair deal for the UK but one that would necessarily be inferior to EU membership and Jean-Claude Juncker, President of the Commission, said Brexit talks will be “very, very, very difficult”.

Scotland’s First Minister, Nicola Sturgeon, who had championed the UK remaining in the single market after the region voted overwhelmingly in favour of remaining in the EU, was notably regretful about the news, stating that another referendum on Scotland’s independence from the UK was “all but inevitable”.

Negotiations will begin once the UK has triggered Article 50.