The crucial importance of electronic chips for modern industries has been amply illustrated by the way a shortage of chips has held back European automobile production over the last year. The full scale invasion of Ukraine by Russia has then shown the critical importance of access to technology. 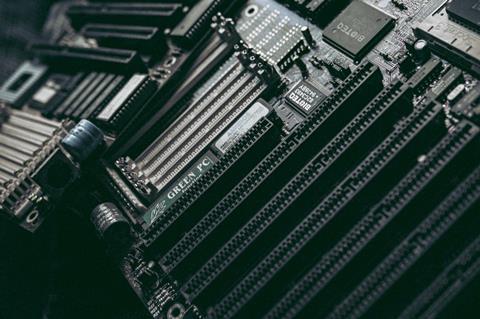 Although the European Chips initiative was conceived before war broke out, it must now be measured both as an instrument of industrial policy and one of geo-strategy.  Unfortunately, it has serious shortcomings on both accounts.

The first question one has to ask is why the EU should support the chips industry.  Nobody denies its importance.  But many sectors are important (software, AI, pharma, etc.) and the state cannot support everybody. Public support is justified only if the market does not work, e.g. in the case of nascent or ‘infant’ industries. However, the chip industry is not an infant industry. On the European chip industry is too old. It received support for decades but then lost contact with the cutting edge of innovation in this sector. Why should this time be different?

The European ‘Chips Act’ presented recently by the Commission sets a target of attracting 20 % of global chip production to the EU. This numerical target is difficult to justify.  The fabrication of a micro-chip involves many steps along a complex value chain.  There is no clear reason why it would be more important for Europe to increase the local manufacturing of chips instead of concentrating on chip design, software or the manufacturing of the machines needed by chips producers, where Europe has a comparative advantage. One might have as well aimed at 20 % of the design business or the production of silicon wafers.

Moreover, both the financing and the organisation of the Commission’s proposals are misguided.

The financial envelope is given as 3.3 billion euro (about 0.5 billion per year over 7 years) obtained mainly by reshuffling various sums of hundreds of millions from different parts of the EU budget.  The Commission does not even attempt to make the case that funding for the Chips initiative would yield a higher return than the general research been cut elsewhere, including cuts on advanced computing and AI.

With only 250 million euro in fresh money out of an envelope of 3.3 billion euro, one cannot expect to have a major impact on this capital intensive sector in which a single foundry can cost billions.  The EU funding pales compared to the 50 billion USD budgeted by the US and the equivalent of about 140 billion USD earmarked by China in the context of its 2025 industrial leadership plan.

Apart from the financing the Commission proposes to set up new bodies, including a European Semiconductor Board composed of representatives of Member States, thus opening the door for horse trading among member states over the distribution of the funds.  This represents a clear loss of efficiency with respect to Horizon Europe, which represents one of the few areas in which only excellence counts because there are no Committees with Member States to select projects.  It is also the opposite of the gold standard of the US DARPA under which a small, independent body is allowed to disburse independently substantial funds for high risk research project.

Each Member States should create a ‘single point of contact’ to participate in this Semiconductor Board.  This is an invitation for all Member States to discover their own national interest in retaining at least a tiny part of the supply chain for chips at home. The Commission of course enjoins Member State to coordinate their own funding for chips industry support.  But this seems a forlorn hope since national funding  follows of course national priorities - as can be seen by the decision of the Spanish government to spend over 10 billion euro to support the domestic chips industry, the Italian government also plans to spend close to 5 billion on similar plans. France reportedly already set aside 6 billion in 2021 to support its semiconductor industry. Member States have de facto started to compete against each other in trying to create some national champions.

Achieving the targeted 20 % of global production of chips would do little to increase security of supply for the EU.   Different industries need very different types of chips and even if 20 % of all chips were to be produced in Europe, it would be highly unlikely that European production could cover European needs since the new European production should be all ‘first of a kind’ facilities, needed in smartphones and communication devices, but not by the European automotive industry. The chips shortage holding back EU automotive firms stems from the fact that it needs mostly chips of older designs, which are no longer profitable to produce.

Moreover, the European chips act was conceived in the pre-war idea that Europe needed to develop its own geostrategic instruments also to become independent of the US.  The war in Ukraine has shown that this is an illusion.  Europe depends even more on the US security guarantee.  It would be better to accept this fact and try to cooperate, rather than compete, with the US in the chips industry.

The good news is that Intel announced recently its intention to invest over 30 billion euros in Europe, including the construction of a ‘state of the art’ plant for chip production (so-called fab).  It is unlikely that this announcement was prompted by the European Chips initiative, but Intel’s investment plan would on its own come close to reaching the stated investment goal of the Chips initiative. This should be taken as occasion to declare victory.  The leeway given to Member States to subsidize their national ‘chips champions’ should be sharply curtailed; and the Commission should use the Transatlantic Trade and Technology Council to coordinate any remaining support with the US side to avoid a wasteful duplication of subsidies.