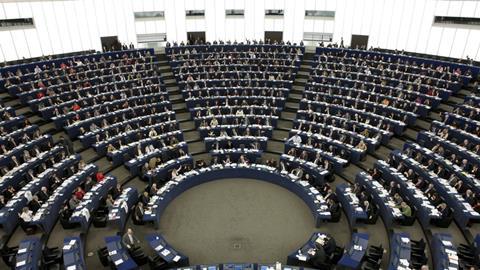 'The quest for strong leadership' by Andrew Duff

Cross-party intergroups are a regular and redeeming feature of the European Parliament. They allow MEPs to step aside from their normal committee work and to loosen partisan ties in discussion with colleagues from across the House who share a special interest and expertise.

Despite my defenestration from the Parliament at the last elections, I have the honour to chair the Spinelli Group of MEPs committed to the constitutional development of the Union. In September we published a Manifesto for the Future of Europe: a Shared Destiny which spells out the treaty changes needed in order to progress towards a federal union capable of shouldering responsibility for the European sovereignty of which President Macron speaks eloquently.[1]

Chairing a parliamentary intergroup becomes more difficult as the next election approaches. The federalist camp has been divided over a reform of electoral procedure that could introduce a pan-EU constituency for which a number of MEPs would be elected from transnational lists. First tried (and lost) in 2014, the phenomenon of Spitzenkandidaten emerged as a second best: party political champions to lead the electoral campaign even though shorn of transnational lists.

The Spitzenkandidat experiment of 2014 was a mixed success. It gave more publicity to party leaders – Jean-Claude Juncker (People’s Party), Martin Schulz (Socialist), Guy Verhofstadt (Liberal) and Ska Keller (Green) – in a small number of member states. Their contest gave the press a bone to chew on. Juncker was pitched, somewhat against his own better judgement, into the Presidency of the Commission, and Schulz ended up as President of the Parliament. But electoral turnout was not boosted, and most electors remained oblivious to the happening.

Many in the Parliament hope to improve on the experiment this time round. Especially keen is the EPP which, having defeated transnational lists, is anxious to keep its grip on the Commission presidency. Manfred Weber, the current group leader, has become an early candidate for the top party job; he will probably be challenged by Finland’s ex-prime minister Alex Stubb. Social Democrat hopefuls include Maros Sefcovic, twice a Commissioner from Slovakia, and by Austria’s ex-Chancellor Christian Kern. The Greens will have no shortage of candidates. But the Liberals keep their powder dry as discussions continue between Verhofstadt and Macron about the formation of a new, large progressive group in the centre of the next House.

Macron has made his opposition to Spitzenkandidaten quite clear. For one thing he does not want to give any advantage to his Gaullist rivals, the Républicains, who sit in the EPP. For another, he has read the treaty. Article 17(7) TEU says that it is up to the European Council to nominate (by QMV) the next Commission president “taking into account the elections to the European Parliament and after having held the appropriate consultations” (with the new Parliament). An absolute majority of MEPs is then needed to elect the nominee, which implies a cross-party coalition.

Chancellor Merkel shares Macron’s suspicions that the Parliament went too far in 2014 in pushing Juncker forward, as do several other leaders who have witnessed the consequences at close quarters. Weber may claim some legitimacy from Merkel’s backing, but her support is lukewarm. Whatever his personal qualities, Weber has no ministerial, let alone prime ministerial experience, and his appointment to the top of the Commission would indicate a downgrading of the post at the very time when, as the Spinelli Group argues, it needs upgrading. Nor, unlike Juncker in 2014, could Weber expect to attract the support of federalist MEPs across the House: indeed, that Viktor Orban appears to have captured the EPP in his bid to turn Christian Democracy illiberal would seem to doom Weber’s early candidacy.

The political parties are right to assert themselves of course, not only for the Commission presidency but for other top jobs in the Commission and Parliament. Next year’s election should see a strong polarization between the forces of the federalist Macron against the nationalist Orban. But the truth is that without the backing of a genuine transnational electoral campaign the narrow Spitzenkandidat contest is rather fictive. Without electoral reform, the EU level parties lack conviction and credibility. National political parties will continue to dominate the elections, and it will be national leaders who will choose Jean-Claude Juncker’s successor. He or she has yet to emerge (a she would be good), as has Donald Tusk’s successor as President of the European Council. When the moment comes next June, some serving prime minister or even chancellor might choose to step forward for a European career. Other international figures, including Christine Lagarde of the IMF and Brexit supremo Michel Barnier, will also be considered.

Andrew Duff is President of the Spinelli Group and a Visiting Fellow at the European Policy Centre. He was a Liberal Democrat MEP from 1999-2014. @AndrewDuffEU