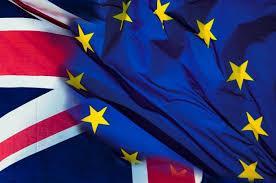 Update on the Law Societies' activities with regard to Brexit

We have been very busy with our activities on Brexit. Below, we present the main achievements of the three law societies in recent months.

The Law Society of England and Wales has recently published its report ‘Brexit and the law’ which outlines the key issues facing the legal sector and the justice system in the upcoming withdrawal negotiations and after. It includes such topics as

The Law Society’s dedicated Brexit section has also expanded and you will be able to find more information about the Article 50 and the withdrawal process. In particular, you can read the account of the Supreme Court hearings by David Greene from Edwin Coe (representing one of the parties in R (on the application of Miller and another)

(Respondents) v Secretary of State for Exiting the European Union). If you are interested in reading the full judgment you can find it here. You can also access more materials, including the videos from the hearings, here.

Finally, on 1 February the Commons Select Committee will hold an oral evidence session on the future of the legal sector post-Brexit (10:45 CET, will be streamed live) featuring the Law Society President Robert Bourns.

The Law Society of Scotland has a dedicated webpage on Brexit which is regularly updated with the most recent developments and publications. You will notice the page also includes a list of the submissions made by the Law Society to various committees of the UK and Scottish Parliament. The delegation of Members of the Scottish Parliament (Culture, Tourism, Europe and External Relations Committee) met with the Brussels Office on 23 January to discuss the office’s activities with regard to the Brexit.

On 26 January 2017, Marina Sinclair-Chin (Head of International) took part in a roundtable organised by the Scottish Parliament (Culture, Tourism, Europe and External Relations Committee) on the European Union Referendum and its implications for Scotland (report from the meeting and written evidence).

On 31 January, the Law Society submitted its written observations to the UK Parliament on the second reading of the European Union (Notification of Withdrawal) Bill. The submission should be uploaded on the Law Society’s website soon.

On 8 February, Michael Clancy OBE (Director of Law Reform) will give evidence to the House of Commons Exiting the EU Committee. On 23 February, the Law Society will hold a research team seminar on Brexit and human rights.

The Law Society of Northern Ireland held a seminar in December 2016 together with the Irish Centre for European Law. The Law Society also published an article of the judgment on the challenge to triggering Article 50.

The Brussels Office of the Law Societies will soon publish its own report on Brexit and the key issues for the legal sector and the justice system.