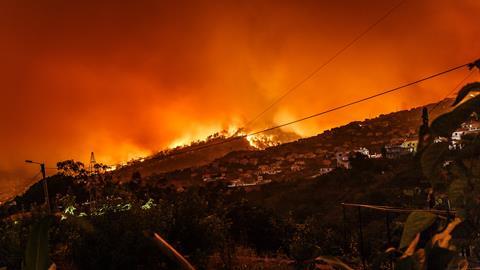 On 2 September 2020, a complaint was filed in the European Court of Human Rights against 33 countries (the EU member states, Norway, Russia, Switzerland, Turkey, Ukraine and the UK). The complaint was filed by 6 Portuguese youths who alleged human rights violations by the respondent countries, in failing to take sufficient action on climate change. The countries were selected by the claimants, as the major carbon emitters within Europe. The claimants sought an order from the court for more ambitious action to be taken by the 33 countries and in particular, for the court to decide what a ‘fair share’ of action would be for individual states, to maintain global temperature warming at a maximum of 1.5°C, as was agreed under the Paris Climate Agreement. Currently, individual states decide what a ‘fair share’ of their efforts will be to maintain warming at 1.5°C, leading to a fragmented approach, with global temperature warming predicted to be 2.4°C by 2030.

In terms of the substantive claim, the claimants relied on alleged breaches of the European Convention on Human Rights (“ECHR”), namely article 2 (right to life), article 8 (right to privacy), and article 14 (prohibition of discrimination). Looking at each element in more detail:

Within weeks of the case’s filing in September 2020, the Court fast tracked the case and communicated it to the respondent governments. This is an extraordinary move from the Court, as the vast majority of cases are dismissed as being inadmissible without being communicated to respondent states, let alone be fast tracked.