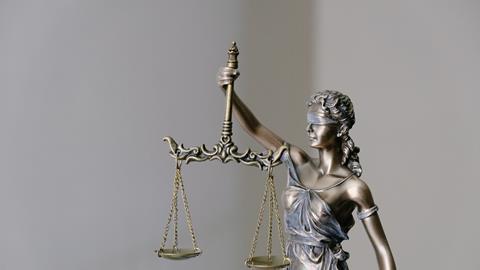 Despite the challenges brought on by the pandemic, 2020 - 2021 has proven to be a very busy time for the Law Society of England and Wales’ international rule of law team, to ensure that the solicitors’ profession continues to be represented, supported, strongly positioned and promoted among our key stakeholders across the globe. Part of the international team’s work is to safeguard the rule of law, defend human rights and promote gender equality in the legal profession worldwide. This year has been especially challenging due to the erosion of the rule of law globally, which has prompted the Law Society to take stance in protecting lawyers and their right to practice law without undue external interference, through the Lawyers at Risk programme. In addition, with the pandemic, we have seen serious setbacks concerning the opportunities for women to progress their careers in the law; consequently, our international women in law work continues to be of relevance for many female lawyers across the globe. In this article, we provide a snapshot of some of the work undertaken by the international rule of law team on rule of law, human rights and gender equality.

1. Arrest, detention, and revocation of practice licenses of lawyers in Belarus

The Law Society has written several letters to the Belarusian authorities, including those available here and here, in relation to (1) the arrest and detention of lawyers Maksim Znak and Illia Salei, and (2) the revocation of licenses to practice law of Aliaksandr Pylchanka and Yulia Levanchuk.

In relation to the arrest and detention of Maksim Znak and Illia Salei, the Law Society believes that such arrests were directly related to the lawyers’ professional activities in providing legal assistance to Viktor Babariko (a potential candidate for the presidency of Belarus but who was not formally allowed to register as a candidate) and Maria Kolesnikova (an opposition leader in Belarus). We urged the relevant Belarussian authorities to immediately and unconditionally release both lawyers, drop any charges and end all harassment against them, unless credible evidence is presented in proceedings which comply with international fair trial standards.

In relation to the revocation of licenses to practice law of Aliaksandr Pylchanka and Yulia Levanchuk, the Law Society believes that such revocation of licenses constitutes improper interference with lawyers’ activities, due to their involvement in defending opposition leaders, including Viktar Babaryka, Maria Kalesnikava, as well as Maksim Kharoshyn, the owner of a flower shop in Minsk who had handed out flowers to protestors. We have urged the Belarussian authorities to review and reverse the decisions revoking the licenses of Aliaksandr Pylchenka and Yulia Levanchuk.

In both instances, the Law Society has urged the Belarussian authorities to abstain from further measures which would constitute improper interference with the professional activities of lawyers, and to guarantee that all lawyers in Belarus are able to practice law without threat, intimidation, hindrance, harassment, improper interference, or reprisals.

In addition, the Law Society also made a joint oral statement on Belarus to the United National Human Rights Council, together with partner organisations, available here. We noted that the Belarusian authorities continue to use unfounded criminal proceedings and that at least 23 lawyers in Belarus have been disbarred since 2020. We also condemned the sentencing of opposition figure Maria Kolesnikova and lawyer Maxim Znak to 11 and 10 years imprisonment respectively, following a closed-door trial. We also, together with civil society organisations worldwide, welcomed the establishment by the UN Human Rights Council of a monitoring and reporting mandate on Belarus, focused on the accountability for human rights violations. We also called for sufficient funding of this new mandate and urged it to report publicly and without delay.

The Law Society has submitted a universal periodic review report to the UN Human Rights Council, relating to judicial independence and interference with the legal profession in Venezuela, available here (together with a Factsheet). Concerning statistics include:

Considering this, we recommended – inter alia, that Venezuela should ensure that all legislation and regulations (and its application) regarding judicial appointments, security of tenure, and disciplinary proceedings against judges are in line with international standards on judicial independence.

3. Disbarment of lawyers in Tanzania

The Law Society has presented a statement on Tanzania – together with Tanzanian lawyer Fatma Karume - to state representatives and NGOs at the United Nations, as part of the universal periodic review pre-sessions, available here. We noted that:

We have recommended that Tanzania should ensure that judicial independence is established in the new Constitution, as well as in legislation, regulations, and in practice; prevent illegal prolonged pre-trial detention; and amend the Advocates’ Act to create an independent statutory authority to discipline lawyers.

The Rule of Law is part of a lawyer’s core value, that ensures human rights, democratic principles, economic opportunity, social development, and the fundamental freedoms are upheld. With the world now facing unprecedented challenges, lawyers remain the first line of defence against efforts to undermine, circumscribe, or defeat the rule of law. To underscore the critical importance of that mission and the strong commitment shared by lawyers around the world, the Law Society together with the American Bar Association’s Society of International Law (ABA-SIL), the International Association of Young Lawyers (AIJA) and other bars and law societies from around the world, carried out the first 24-hour Rule of Law Webathon. For the Webathon, the Law Society opened with a rule of law colloquium: “Why is the rule of law relevant today and what can we do to protect it?”, with a stellar number of speakers. Our Law Society event took place on 4 May 2021 with over 250 people watching worldwide. Twelve rule of law panels followed.

The Law Society was also involved in the moderation of six roundtables with judges from Colombia, Guatemala and Mexico in a project led by the International Legal Assistance Consortium (ILAC), the Cyrus R. Vance Center for International Justice and the International Association of Women Judges. This is part of a project entitled “The Judges as Peacebuilders” and the information will feed a series of policy briefs, which will provide analysis on judicial security and independence, anticorruption efforts and diversity in the judiciary in Latin America. The policy briefs will also provide technical and policy related recommendations to both national and international actors. The Law Society has provided crucial expert analysis and strategic guidance to the project and its activities.

In 2020, the Law Society joined forces with the World Bank Legal Vice Presidency, the CNB/Paris, the Inter-American Bar Association (IABA), the Union Internationale des Avocats, and LAWASIA to launch a new initiative under the aegis of the Global Forum on Law, Justice and Development. As a co-founder of the World Bank’s Global Compact & Forum for Sustainable Development Goal 16, the Law Society continues to engage actively in the Forum, making recommendations on ways for working, including new thematic working groups. Furthermore, during Law, Justice and Development Week 2021, on 11 November, Law Society President I. Stephanie Boyce spoke at the Global Compact & Forum event on “Achieving Racial Equality within the Judiciary”.

As part of our women in law programme, and to address the findings of the International Women in Law Report: “Advocating for Change: Transforming the Future of the Legal Profession through greater Gender Equality” (June 2019), the Law Society has been supporting other jurisdictions to build qualitative and quantitative data to continue supporting the “business case” for women in the law. For that purpose, we are running several “women in law” research projects in Catalonia (Spain) (with the support from the Women’s Division of the Barcelona Bar Association); Guatemala (with the support from BLP Legal, Aguilar Castillo Love, Denton Munoz, the British Embassy and UN Women Guatemala); and Mexico (with the Mexican Bar Association). These reports will be completed and launched in 2022.

We also launched the joint Law Society and Bates Wells “Practical Toolkit for Women in Law” (March 2021) report, which suggests a series of activities that can help strengthen the work of organisations, to support women in the law. This report has already been presented at global conferences and webinars including at the 2021 Women in Law Conference, LAWASIA Women’s Forum, the Uganda Law Society Women’s Forum and others reaching over 1,000 people. In July 2021, the Law Society also collaborated with the Law Society of Hong on the “Challenges and Opportunities for Women in Law in Hong Kong”, reaching over 300 people.

The above is a brief overview of just some of the work, which the international rule of law team has undertaken. For further information, click here.