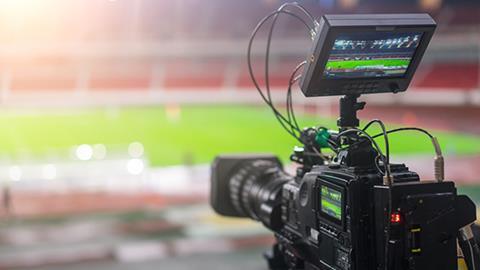 Sports Broadcasting: Looking to the Future

Avid sport enthusiasts will recall that, less than a decade ago, one only needed to purchase a subscription to a single sports channel in order to view almost all live events being broadcast. Nowadays, frustration is growing as rights are being sold to a multiplicity of broadcasters.

The issue, of course, exists due to the intrinsic link between the selling of rights and the concept of exclusivity which is a key facet of any licensing provision. Namely, contracts ascertain the following:

a) Does exclusivity exist and what form does it take?

b) If it does exist, what does the exclusivity relate to?

c) What is the geographic scope of the exclusivity?

d) What is the duration of any such exclusivity?

Broadcasting rights contracts will always be drafted to ensure that exclusivity is tightly defined. The practical effect of this on the consumer is that a plethora of subscriptions are required as various events are sold as piece meal and, due to exclusivity, available only via a singular provider. For example, a follower of the English Premier League currently requires a subscription to Sky Sports, BT Sport and Amazon Prime Video in order to ensure they are able to watch their team in every scheduled match. They must further pay their TV Licence in order to watch the publicly available games broadcast on BBC Sport.

To exemplify the way in which the profitability of the broadcasting market has grown, it is useful to take a look at the purchasing price of football games. From 1992 - 1997, Sky paid 191 million GBP in order to show 300 games. Comparatively, from 2016 -2019, Sky and BT paid a combined amount of 5.1 billion to show 504 games. The cost per game therefore increased from 0.6 million GBP to 10.2 million GBP in a matter of decades. It is perhaps also worth noting that there was a significant increase in the price paid by Sky and BT from the 2013 – 2016 to 2016 – 2019 cycle with the figure paid for games jumping from 3 billion GBP to 5.1 billion GBP.

For this reason, tech platforms are becoming increasingly more interested in the broadcasting sphere. Amazon’s decision to engage in broadcasting was met with some surprise, but the move was almost inevitable given the potential earnings available. Due to the highly lucrative nature of the market, it is possible that, in the future, companies such as Netflix and/or Apple may decide to become competitors in the arena.

However, the impact of Covid-19 on broadcasting has been immense. For example, in June 2020, the English Premier League announced that all remaining 92 fixtures (at the time) would be broadcast across the four aforementioned providers for free, with BBC Sport showing live matches for the first time. Prior to the pandemic, online-streaming had been making significant inroads in the sports broadcasting market but widespread disruption to sporting fixtures has meant providers have had to negotiate waivers or deferrals of payment obligations in broadcasting contracts. DAZN, for example, sought to do this with various sport leagues (including the English Premier League) when fixtures were suspended due to Covid-19.

It is therefore likely that technology companies will proceed with some caution, with the pandemic serving as a warning sign. Nonetheless, all signs point to an increased number of providers in the market. For consumers, this may only serve to add to already extant frustration as a growing number of subscriptions become required in order to watch a singular sport. On the other hand, the market may become more competitive as it moves away from traditional broadcasting. Football broadcasting, for example, existed until recently as a duopoly with Sky and BT dominating the market. They could set the market price, determine the method by which customers consumed matches and decide which matches to show.

Technology companies becoming involved in broadcasting has disrupted this status quo, though the extent of this is still becoming apparent. With their global reach, streamers can make it easy for their customers to access their content anywhere in the world. Accordingly, they can make the market an international one. Whilst most broadcasts are licensed for a particular language, technology today makes it easy to give viewers the ability to choose what type of commentary they want to hear. It may be the case that streaming platforms will increasingly negotiate for rights to all languages in all countries that are available. The future of sports broadcasting is rapidly changing and, in the process, hopefully creating a more equitable market.