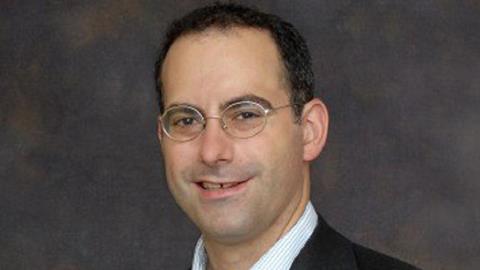 The EU’s position is clear. After months of rumour and counter rumour, on 22 June 2021, the EU announced that it was “not in position to give its consent to invite the UK to accede” to the Lugano Convention. What is less clear is whether the EU has considered the impact of this refusal on human rights for some of the poorest and most marginalised communities in the world.

For 16 years, the rules on mandatory jurisdiction rules in the Brussels 1 Regulation (which broadly replicates the Lugano Convention for EU member states) have been a critical part of the armoury of British human rights lawyers in holding multinational corporations to account. The clear-cut European-wide rules on jurisdiction limited the prospect of protracted jurisdictional battles and the numerous cases which have been brought in the UK over the past 20 years have resulted in redress for thousands of victims of serious human rights abuses and environmental damage caused by UK multinationals.

The irony is that by blocking the UK accession to Lugano, the EU is making it harder to hold UK multinationals to account at the very time new laws on human rights due diligence are being rolled out in the EU and successful climate change litigation is being brought against European corporations. Increasingly, it appears that the EU, by blocking Lugano membership, is inadvertently creating a regulatory imbalance between the EU and the UK which is likely to have been a significant factor in the recent relocation of some of Europe’s largest multinationals to London, such as Shell and Unilever.

The importance of Lugano for human rights

The Lugano Convention governs the rules for cross-border litigation within Europe and provides for the recognition and enforcement of civil and commercial judgments and clear rules on jurisdiction, so that claimants have certainty as to where any legal claim can be brought and are able to enforce a judgment of the courts of any member country throughout Europe.

In Owusu v Jackson (2005) the European Court of Justice held that English courts could not decline jurisdiction over proceedings where a defendant was domiciled in a Member State. This meant that UK domiciled companies fell under UK jurisdiction regardless of where in the world the violation took place. So, for example, a Nigerian fisherman who has suffered pollution caused by Shell could elect to sue the parent company in the UK and the court could not exercise its discretion to decline jurisdiction in favour of Nigeria. The UK court had no choice but to let the litigation proceed in the UK.

The certainty provided by these jurisdiction rules has allowed numerous cases to be brought in the UK. Indeed, the UK Supreme Court has recently given two landmark decisions in Vedanta v. Lungowe (2019) and Okpabi v. Shell (2021), which significantly broadens the scope of parent company liability and provides real hope for overseas victims of human rights and environmental abuses. These recent cases are the culmination of 25 years of work by human rights lawyers and activists and created a substantial body of jurisprudence which is having ripple effects in other jurisdictions around the world, including the Netherlands, Germany, South Africa and Canada.

The problem with Forum non Conveniens

The proposed change will inevitably make it harder to seek redress on behalf of victims against British companies who commit human rights and environmental abuses.

Without Lugano, the old common law rule on jurisdiction of forum non conveniens will be applied in the UK.   That requires an evaluation by the court on a case-by-case basis as to, firstly, which is the most appropriate forum for the litigation and, secondly, whether the claimants can access justice in the country where the harm was committed.   In the abstract, such a principle is unobjectionable but in reality it is exploited by corporate defendants who generally marshal complex arguments and costly expert opinions to convince the UK courts to decline jurisdiction in favour of the courts of the developing world country, where they can be assured the victims will have no ability to hold them to account.

This can give rise to years of litigation.  For example, in Lubbe & others v Cape PLC (2000) 7,500 South African asbestosis victims had to fight their case on jurisdiction all the way to the House of Lords (what is now the Supreme Court), before the UK courts ruled that they could not get justice in South Africa.   Over the three years it took for the issue to be resolved, 1,000 of the victims had died.

Indeed, the barriers to justice created by forum non conveniens was recognised by the European Parliament in a 2019 report entitled ‘Access to legal remedies for victims of corporate human rights abuses in third countries’. The report states that:

“Hurdles to accessing legal remedies are particularly acute when the host State is a developing country…” “However, establishing jurisdiction in the company’s home state can prove difficult for the claimants who are faced with recurrent jurisdiction hurdles. Examples of these include the doctrine of forum non conveniens…”

Without Lugano, the room will grow considerably for UK corporations to mount complex jurisdictional challenges to try to block human rights victims from accessing justice against UK corporations.  At the very least, these jurisdiction challenges will cause serious delays to access to justice for the victims in question and limit the number and range of corporate accountability cases which could be brought in the future.

The unstated ambition of the European Commission is that the EU will capture more of the commercial litigation pie and that London will cease to have the status as a major European centre for legal dispute resolution which it currently enjoys.

In reality, it is far from clear that the UK will loose much in the way of large-scale commercial litigation by not acceding to Lugano.   As Professor Geert van Calster of the University of Leuven explains, big business will be largely unaffected by this “hard Brexit in judicial-cooperation” since they will turn to arbitration, much of which already takes place in London.  Equally, big business will have little difficulty in enforcing UK judgements in the EU, even if the process is more cumbersome.

The real victims will be those who cannot absorb increased litigation costs and the uncertainty created by the emergence of disparate rules for cross-border litigation.   That would include consumers, small businesses and employees.

But the EU also needs to consider whether in fact, by making it harder to hold UK companies to account, they are making the EU a comparatively less attractive environment for global corporations.  The EU is currently developing noble and robust human rights due diligence laws which will apply to EU corporations.  Together with the mandatory jurisdiction rules of Brussels 1/Lugano it is hard to see how major EU corporations will be able to avoid legal accountability in the future.   Those corporations who wish to limit the growing risks of large-scale human rights, environmental and climate change litigation will inevitably consider which legal jurisdictions will best limit their exposure to that litigation risk.    And the evidence is mounting that the UK is increasingly perceived as more friendly to business and is already attracting large European multinationals who are choosing to relocate in London post Brexit such as Shell, Unilever and the data giant RELX.

Whether all of this has been carefully considered by the EU is unclear.  But what is clear is that if the UK is blocked from joining Lugano, the harm caused to EU and UK citizens as well as victims of corporate human rights abuses will be very great indeed.