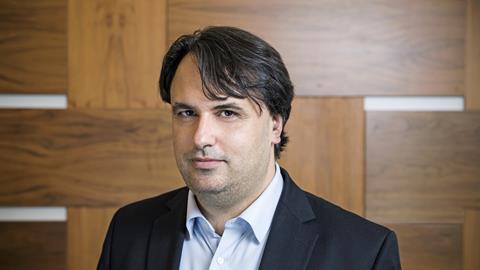 This article comes from the Editorial written by Professor. Valsamis Mitsilegas for the New Journal of European Criminal Law [1]. It examines the relationship between the EU and UK following the EU-UK Trade and Cooperation Agreement and how criminal justice may be affected by the new provisions. Prof. Mitsilegas also provided evidence to the House of Lords EU Committee published in their report: Beyond Brexit: Policing, Law Enforcement and Security.

The EU-UK Trade and Cooperation Agreement (TCA) marked a new stage in the post-Brexit relationship between its signatories. The Agreement has been hailed as leading to a ‘special relationship’ between the EU and the UK [2], but a more sceptical approach may view the text rather as a damage-limitation exercise, attempting to replicate to the extent possible the pre-Brexit status quo within the significant legal limits of the UK’s new position as a third state vis-à-vis the EU. A substantial part of the Agreement is devoted to criminal justice matters, with the aim to provide mechanisms for ongoing cooperation in the field. The Agreement contains a number of areas of high ambition, aiming to replicate as far as possible the pre-Brexit status quo: these include extradition (the provisions on the ‘arrest warrant’), data exchange (criminal records, PNR, Prüm) and anti-money laundering and confiscation. Areas of more modest ambition include mutual legal assistance, cooperation with Europol and Eurojust, and participation in joint investigation teams.

Yet in all these cases, ambition is tempered by the limitations posed by the UK legal position as a third state. In the field of extradition, the new ‘arrest warrant’ system maintains momentum on speedy and judicialised cooperation-yet in practice cooperation is hampered by the lack of access of the UK to real-time alerts in SIS II post-Brexit, which provide the essential backbone of the European arrest warrant system intra-EU. Efforts to replicate SIS II alerts with alerts in the Interpol system may prove be a hard sell to EU Member States, both on resource and on human rights grounds. Data exchange is contingent upon data adequacy, and the UK no longer has direct access to EU databases; the UK’s position as a third country means limited influence on the operational development and strategy of EU agencies it contributed significantly to shape, Europol and Eurojust. In addition to the legal limits on EU-UK post-Brexit cooperation, the UK will also have to overcome limits of resources and trust: notwithstanding the tight deadlines for execution of judgments the TCA arrangements on extradition, mutual legal assistance and criminal record exchange provide, in practice the UK authorities will have to persuade their EU counterparts to prioritise their requests in the same manner as they do requests from their partners inside the EU- this may not always be easy in view of resource constraints and EU law obligations under the principle of mutual recognition which may militate in favour of prioritising EU Member States requests. Maintaining and enhancing trust will be a key goal for UK authorities post-Brexit.

From the point of view of the EU, the TCA provides a number of opportunities in the field of external relations by strengthening the Union as a global actor in criminal matters. The EU has already notified that the European Public Prosecutor’s Office can act as an authority under the TCA for the purposes of mutual legal assistance and freezing order requests. Moreover, a key question arising is the extent to which the TCA triggers exclusive competence for the EU in the areas listed therein-leaving thus very limited scope for bilateral agreements between the UK and individual Member States. Express authorisation for such bilateral agreements can be found only in the provision concerning operational cooperation-and a contrario reading would lead to the conclusion that the EU now has exclusive competence in all other areas listed in the TCA. The EU would as a minimum have exclusive competence in areas building upon EU infrastructure (criminal records, Prüm), as well as in areas where the TCA replaces international agreements in the field (extradition-the arrest warrant).

More broadly, the TCA launches an ongoing process of adjustment and evaluation of compliance of the UK with EU benchmarks-not only in the wider constitutional areas of human rights protection and compliance with and enforcement of the European convention on human rights and of privacy and data protection, but also in areas specifically related to the operation of criminal justice cooperation on the ground. Beyond any issues of monitoring of regulatory alignment and dispute settlement which involve to a great extent a political dialogue between the parties, the role of the Court of Justice will remain crucial in this context in developing further the EU acquis with which UK law and practice must be largely compatible if close cooperation is to continue. This is a timely reminder that authorities of EU Member States called upon to cooperate with their UK counterparts including in the areas of extradition, mutual legal assistance and the exchange of personal data can only do so in full compliance with the Union’s internal benchmarks-which will be developed partly by the Court and against which the UK standards will be assessed on an ongoing basis.