On 16 February, the Court of Justice of the European Union (CJEU) sitting as Grand Chamber delivered its ruling against Poland and Hungary who questioned the conditionality mechanism imposed by the Commission. The mechanism makes the receipt of financing from the Union budget subject to the respect by the Member States for the principles of the rule of law. In dismissing the actions brought by Hungary and Poland in its entirety, the court stated, ‘That mechanism was adopted on an appropriate legal basis, is compatible with the procedure laid down in Article 7 of the Treaty on European Union (TEU) and respects, in particular, the limits of the powers conferred on the European Union and the principle of legal certainty’. 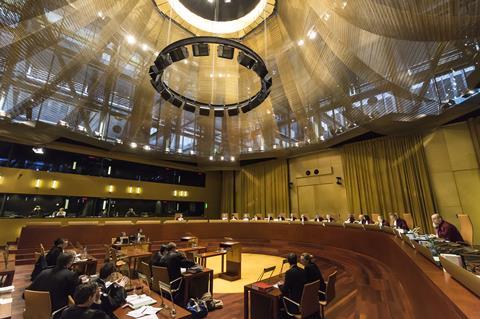 Since taking power in 2015, Poland’s Law and Justice Party (PiS) has implemented a series of controversial reforms to its judicial system, which has been criticized by many as threatening the independence of the judiciary. The European Commission has repeatedly voiced its concerns about this since 2015.

The Commission has alleged that the reforms breach the general principles of autonomy, primacy, effectiveness, and uniform application of Union law. The Commission expressed serious doubts on the independence and impartiality of the Constitutional Tribunal and considers that it no longer meets the requirements of a tribunal previously established by law, as required by Article 19(1) TEU. To crack down on this breach, the Commission triggered Article 7(1) TEU procedure for the first time in 2017 and has since launched three new infringement procedures (April 2019, April 2020, 2021).

New measures were passed last year, giving the European Union additional powers to stop the EU funding where there is a lack of judicial autonomy. Poland, together with Hungary, feared losing out on millions of EU funds and asked the CJEU to rule on the legality of the new measure. Poland and Hungary argued that the mechanism does not provide legal certainty, is designed to administer political punishment, and should therefore be annulled.

The ruling by the CJEU comes after Advocate-General Manuel Campos Sanchez-Bordona opined in December 2021 that the EU power to cut funds over rule-of-law concerns was legal. A similar outcome had also been predicted by Prime Minister Viktor Orban, who said Hungary’s challenge to the European Union’s new powers to enforce the rule of law will probably be rejected.

The ruling means the Commission may now, under Regulation 2020/2092, withhold monies from the Member States that do not observe the rule of law.1)

The Polish Constitutional Tribunal delivers two judgements (K 34/15) and K 35/15) obliging the President of the Republic to appoint three judges previously nominated. The President however maintains five new nominations, ignoring the judgements, thus throwing into dispute the correct composition of the Tribunal and the institutions of the state.