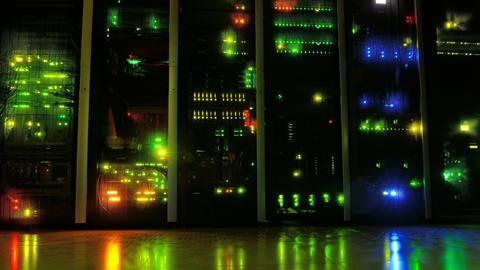 Commission publishes the proposal for the EU Data Act

On 23 February, the Commission published its long-awaited proposal for the regulation on fair access and use of data (EU Data Act). The Act is a key element of the European Strategy for Data published in 2019 and aims at creating a single market for data. The proposal’s main objective is to facilitate access, exchange and the use of non-personal data between businesses and with governments. It also includes obligations to give users access to data that they are generating.

The proposal is to regulate three areas:

The proposal includes a broad definition of data which covers both personal and non-personal data. It also covers a wide array of stakeholders, including the providers of cloud services, manufacturers of connected products and related services and data holders, that is enterprises who have a right, obligation or ability to make data available to data recipients.

The proposed regulation imposes data sharing obligations on the producers of connected products and related services. The producers, referred to in the proposal as ‘data holders’ would need to make data available to their users through easy-to-use interfaces and free of charge. The users, in turn, would be able to share their data with third parties unless they are classified as gatekeepers under the Digital Markets Act.

It obliges the data recipient to either destroy the data or to stop production, offering ad placing on the market of products and services that were developed on the basis of data acquired on the basis of false information or deceptive or coercive practices.

Unfair contractual terms imposed by an enterprise on a micro, small and medium sized enterprise will not be binding on them. The proposal further defines what is or is presumed unfair under the proposed regulation.

The proposal also sets out the conditions for sharing data with public authorities in case of exceptional need. To this end, it clarifies what such a need, e.g. prevention or response to a public emergency.

The proposal obliges the providers of data processing service to ‘remove commercial, technical, contractual and organisational obstacles’ that inhibit the customers from:

The proposal sets out safeguards to be adopted by the data processing services to prevent international transfer or governmental access to non-personal data held in the EU when such access or transfer ‘would create a conflict with Union law or the national law of the relevant Member State.’ This approach is similar to the one under the GDPR and following the Schrems I and II rulings of the CJEU, only this time it is extended to non-personal data.

The Article further states that a request for access to data issued by a court or tribunal of a third country may only be recognised if based on the international agreement between that country or an EU member state or EU. In case of an absence of such an agreement, the data processing provider can still respond to such a request provided that certain conditions are fulfilled.

It also includes a list of essential requirements for smart contracts for data sharing, and these include robustness, safe termination and interruption, data archiving and continuity and access control. The vendor of a smart contract is to perform a conformity check and upon successful testing, issue an EU declaration of conformity.

The proposal will be discussed in the European Parliament and in the Council in the coming months. As a regulation, the proposal will follow the ordinary legislative procedure, previously known as co-decision.