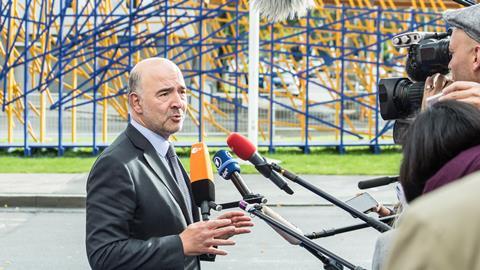 Commissioner Moscovici and the EU’s fight against tax evasion/avoidance: the digital tax and the CCCTB

The subject of fair taxation has dominated the political agenda in Europe since 2014, with the EU Commission taking high profile legislative and enforcement action in the area in the intervening years. Although a select number of competition and state aid decisions (for example that of Apple) dominated global headlines, the legislative work carried out by the Commission under Pierre Moscovici in the recent past is likely to have a more profound impact on the way multinationals pay tax in Europe in the longer term.

Having successfully seen the adoption of the Anti-Tax Avoidance and Tax Intermediaries Directives in recent months, Commissioner Moscovici has now turned his attention to the relaunched proposal for a Common Consolidated Corporate Tax Base (CCCTB). The CCCTB aims to harmonise the tax base at EU level and adopt consolidation to allow companies to offset their profits and losses in Europe.

Although the proposal itself has long been discussed as a potential solution to the perceived problem of tax avoidance and evasion by multinationals in Europe, the fact that unanimity in the European Council would be required to introduce the measure has long blocked any progress in adopting such a measure. With one year left of his mandate as Commissioner, however, Moscovici now believes he has a chance to finally push the proposal through. A new Franco-German proposal is expected on the subject in the coming weeks and this, combined with the UK’s departure from the EU (it having long served as a counterbalance in Council on taxation), will provide a new lease of life to the relaunched 2016 proposals.

Speaking at a recent conference in Brussels on the future of taxation in the EU, Moscovici noted that in a recent poll, 75% of EU citizens said that they expected the Commission to act in the fight against tax avoidance. For this reason, the Commission has renewed its push to adopt the CCCTB and has also proposed a new digital tax for companies operating online. Moscovici explained that the latter is intended as a short-term measure which will ensure that tech companies operating across the EU pay their fair share of tax while the CCCTB is being finalised. He noted that companies operating in the digital sector pay an average tax rate of 9% in the EU, as opposed to the more general average rate of 22%. The digital tax proposal is aimed at reducing this disparity.

Despite the above, the proposed digital tax came under fire at a meeting national finance ministers in Sofia on 28 April 2018. Many member states are worried that the tax would set a new precedent at EU level, where extra taxes could be levied on companies operating in specific sectors. Furthermore, some member states (for example Finland), claim that they would stand to lose a significant portion of state revenue if the digital tax were introduced.

Similarly, the CCCTB proposal has its critics among European finance ministers. Although larger member states like France and Germany support the Commission’s proposal, which also has the backing of MEPs, a significant cohort of smaller member states reject the concept of a harmonised EU corporate tax base. For smaller member states like Luxembourg or Ireland, the ability to set one’s own tax rate is an important factor in attracting foreign direct investment, with many seeing the CCCTB proposal as a threat to their national economies.

While Moscovici has political momentum on his side in the form of a Macron-Merkel push for action on taxation in Europe, he faces a fight to make real progress on the digital tax and CCCTB proposals before the end of his mandate as Commissioner in 2019.