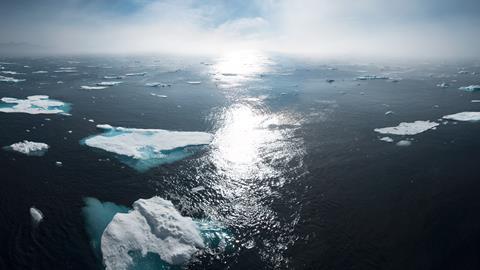 The 26th annual UN Climate Change Conference of the Parties (“COP26”) was held in Glasgow across the period of 31 October to 13 November 2021.

COP26 came six years after COP21, the first conference to create an agreement between the parties to limit global warming to well below 2 degrees Celsius and to aspire to achieve 1.5 degrees warming only. This agreement is more formally known as the Paris Agreement.

Since this point in time, and at an increasing rate more recently, countries and markets around the world have begun discussing terms like climate change, circular economies, carbon footprints, net zero and more. An example of this move is the UK’s Climate Change Act 2008 which created a binding target for the UK of achieving at least a 100% reduction in net carbon against 1990 levels (defined within the statute) by the year of 2050.

With this as the background, COP26 President and previous Secretary of State for Business, Energy and Industrial Strategy for the UK government, Alok Sharma, and parties in attendance, faced a big challenge: to negotiate on and more importantly agree on a roadmap that will limit global warming to 1.5 degrees Celsius if possible and stray away from anything beyond 2 degrees.

The final hour – what was agreed?

The official website for COP26 provides a useful document explaining the negotiations and outcomes from COP26, which can be found here.

On 13 November, COP26 was eventually brought to a close after being extended by an extra day to provide more time for negotiations. It ended with almost 200 countries agreeing to the Glasgow Climate Pact to keep to 1.5 Celsius and to achieve other elements of the Paris Agreement.

The Glasgow Climate Pact is not legally binding but will set the global agenda for addressing climate change over the next 10 years.

The below provides a snapshot of some, not all, of the agreements reached during COP26.

1. Emissions: countries will meet in 2022 to discuss further cuts to carbon dioxide emissions.

2. Coal: as covered in the media during COP26, agreement could not be reached on the wording of “phasing out” coal entirely. Interventions from India and China called for this wording to be scaled back to read instead as “phasing down”.

3. Fossil fuel subsidies: agreement to phase out these subsidies, noting that no end date was agreed upon for this item.

4. Climate finance: in 2009, developed nations agreed to provide $100 billion per year to poorer countries by 2020 in order to help them in addressing climate change and its impacts. A UN report of December 2020 by an independent expert group on climate finance concluded that, on review of realistic scenarios up to 2020, this target could not be reached. The report is available here.

Alongside the above, the United States and China agreed to cooperate more over the next 10 years within a joint declaration, many leaders agreed to a scheme to stop deforestation by 2030 and many financial organisations agreed to support clean technology to assist in the journey towards net zero.

The Glasgow Climate Pact has been viewed by many as a step in the right direction towards achieving 1.5 Celsius warming only. Prime Minister of the UK, Boris Johnson stated ”There is still a huge amount more to do in the coming years. But today’s agreement is a big step forward and, critically, we have the first ever international agreement to phase down coal and a roadmap to limit global warming to 1.5 degrees”.

Smaller countries, climate activists and some officials have left the conference with a different assessment, however. For instance, in a video statement released after the closing of COP26, UN chief, António Guterres stated “It is an important step but is not enough. We must accelerate climate action to keep alive the goal of limiting global temperature rise to 1.5 degrees”.

On a similar tone, and reflecting the view of many smaller nations, President of the Seychelles, Wavel Ramkalawan stated “Fellow leaders, from Seychelles, our message is simple: we have to act immediately. Let the change be a real one, let the paradigm shift happen. May those who exploit without thinking of tomorrow stop. May we realise that in this battle to save our planet, we are in the same boat – big, small, rich or poor. The time to act is yesterday.”

It is clear that there is an increasing call for real time action. Time will therefore tell if, as a globe, rich and poorer nations united, we are able to limit temperature increases to 1.5 Celsius only. To do so, the Glasgow Climate Pact must become but a small stepping stone in the right direction to further action; encouraging all nations to be alive to the devastating impacts of climate change and act fast to help curtail these.