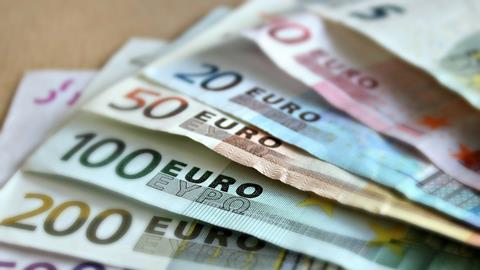 The Council of the European Union’s Committee of Permanent Representatives of the Governments of Member States (COREPER) has begun a new push for greater corporate transparency for large multinational businesses. On 3 March 2021, COREPER mandated the Council’s Portuguese Presidency to commence negotiations with the European Parliament on a proposed directive concerning the ‘disclosure of income tax information by certain undertakings and branches’ (commonly known as the country-by-country reporting or CBCR Directive). COREPER is aiming for the ‘swift adoption’ of the CBCR Directive by the Parliament and the Council.

The CBCR Directive is in the form of an amendment to the Accounting Directive (2013/34/EU). It was first tabled by the Commission in April 2016 as part of its 2015 Action Plan for fair and efficient corporate taxation in the EU. The Directive is part of a broader EU goal of tackling non-transparent corporate tax practices (e.g. aggressive tax planning or tax avoidance) which deprive Member States of their tax income on business activities which have taken place within their territories. In its research prior to producing the proposal for the Directive, the Commission found that the EU loses €50 – 70 billion each year in tax revenues as a result of corporate income tax avoidance. It also discovered that a company with cross-border operations in the EU might pay up to an average of 30% less tax than a similar firm active in the same country where corporate income tax rates are high.

The principle of country-by-country reporting is a tax transparency tool intended to oblige large multinational companies to reveal sufficient information to identify which part of their operations relates to which specific country. Making this information available to tax authorities means that businesses can be properly taxed in countries where their profits have been generated. The tool also helps to facilitate smooth information sharing between the tax administrations of Member States.

If passed, the CBCR Directive would require multinational enterprises with a total turnover of more than €750 million in each of the last two consecutive financial years to publicly disclose the income tax they pay in each Member State in a country-by country report. These reports must be published within 12 months of the date of the balance sheet for the financial year in question (although companies may obtain the deferral of their disclosure obligations for a period of up to six years, if they can meet certain conditions set out in the Directive). Non-EU headquartered businesses will be caught by the Directive as long as they are active within the EU.

The Directive does not create any new income tax obligations for small or micro enterprises. Banks are also exempt, as they are already obliged to disclose similar tax transparency information under a different EU directive. When making its original proposal, the Commission estimated that circa 6,000 companies would be obliged to produce a country-by-country report under the Directive’s provisions. Only one third of these are companies headquartered in the EU. To minimise the administrative burden for affected companies, the Directive gives a comprehensive list of information which will need to be disclosed. It also sets out who within the company will bear the responsibility for ensuring compliance with the Directive’s reporting obligations.

The European Parliament adopted its position on the CBCR Directive at its first reading on 27 March 2019. On the basis of COREPER’s mandate, the Portuguese Presidency of the Council of the EU will now reach out to the Parliament to discuss reaching an agreement for the ‘swift adoption’ of the Directive at its second reading. Once the Directive is adopted, Member States will have two years to transpose it into national law.