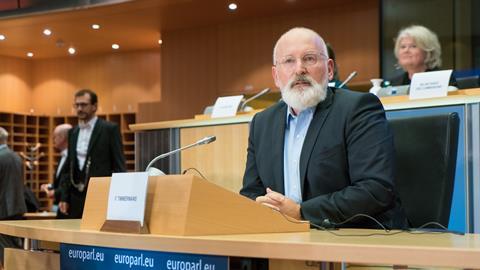 The European Commission has adopted a package of proposals aimed at reducing net greenhouse gas emissions by at least 55% by 2030, compared to 1990 levels. The proposals, which were published on 14th July 2021, seek to make the European Green Deal a reality by ensuring a ‘concrete roadmap’ for the EU’s climate, energy, land use, transport and taxation policies in the hope of making the EU a climate neutral continent by 2050.

The highlights of the package include:

• Changes to the EU Emissions Trading System (ETS) where the Commission is proposing to lower the overall emission cap of power generation and energy intensive industries beyond the 42.8% reduction already achieved. The proposal also includes introducing the ETS to maritime transport, road transportation, and buildings for the first time. A Social Climate Fund will be set up providing funding of €72.2 billion from 2025 to 2032 to help assist countries mitigating the effects of expanding the ETS.

• A new Carbon Border Adjustment Mechanism (CBAM) will put a carbon price on imports of a targeted selection of products to ensure that ambitious climate action in Europe does not lead to ‘carbon leakage’. Within this, importers of goods into the EU will need to register in the EU and purchase certificates from government authorities to cover the greenhouse gases emitted during production of those goods. The price of the certificates will be calculated using the prices of allowances in the EU emissions trading system. This mechanism will be fully phased in on 1st January 2026.

• Regulation on Land Use, Forestry, and Agriculture sectors which sets out an overall Europe-wide goal for carbon reduction and seeks to simplify carbon accounting rules with the objective of achieving carbon neutrality by 2035.

• Introduction of a Renewable Energy Directive which requires member states to develop a legal framework to produce 40% of their energy from renewable sources by 2030. One of the major proposals within this requires that countries phase out support for use of biomass in electricity production by 2026.

• Under the ReFuelEU Aviation Initiative, aviation fuel suppliers to EU airports must supply their customers with an increasing percentage of sustainable aviation fuel. Similarly, the FuelEU Maritime Initiative has been introduced to stem the uptake of sustainable maritime fuels and zero emission technologies by making shipping companies responsible for complying with limits on greenhouse gas content of ships that call in EU ports.

• The Alternative Fuels Infrastructure Regulation which mandates Member States to expand charging capacity in line with zero-emission car sales, and to install charging and fueling points at regular intervals on major highways.

• An Energy Efficiency Directive which sets stricter targets for energy efficiency and will require the public sector in each EU country to reduce overall energy use, cut emissions and tackle energy poverty by requiring 3% of its buildings to be renovated each year.

Members of the College have praised the proposals referenced in the package with President of the European Commission, Ursula Von der Leyen, stating that “Europe walks the talk on climate policies”, whilst Executive Vice-President of the European Green Deal, Frans Timmermans, highlighted that “Together, our proposals will spur the necessary changes, enable all citizens to experience the benefits of climate action as soon as possible, and provide support to the most vulnerable households”.

Nevertheless, criticism has been leveled at ‘Fit for 55’ by Green groups, including Greenpeace, whose EU director, Jorgo Riss, said that “This package of measures from the Commission is a fireworks display over a rubbish dump. It may look impressive, but move in close and it begins to smell.” He further noted that “to really make a difference, the EU and European governments need to stop the greenwashing and end support for fossil fuels, polluting transport, industrial farming and deforestation”.

It is important to note that these proposals are still subject to negotiation and will take considerable time before they become law. Whilst in the medium-to-long term, the benefits of the package may outweigh the costs of this transition, member states will be seeking to establish how they can ensure climate policies suggested by ‘Fit for 55’ put minimal undue extra pressure on vulnerable households, micro-enterprises and transport users in the short term. With this in mind, the package is expected to trigger difficult months of negotiations between the European Parliament and member states.