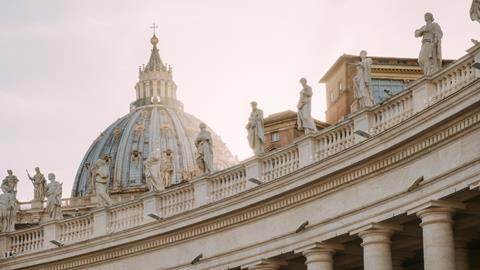 Stories about members of the Catholic Church abusing children began appearing in the 1980s before becoming more widely known in recent years. Investigations across many different countries in the early 2000s discovered widespread long-term abuse and a pattern of covering up any reports that were made to the Church. Between 2001 and 2010, the Church examined numerous reports of sexual abuse dating from the 1950s. Successive Popes since 2001 have apologised for the findings; current Pope Francis made large scale changes in December 2019 to allow for greater transparency.

In 2010, a Church investigator revealed findings of over 300 cases of alleged sexual abuse towards minors in Belgium, with most dating from the 1950s and 1960s. In July 2011, a group of 24 victims brought a case to the court of first instance in Ghent, seeking compensation of €10,000 per victim, and alleging that the Church’s method of dealing with these cases of sexual abuse was “structurally deficient.” They alleged that the Holy See in particular was liable due to its policy of silence towards allegations of abuse through the years. This was the first time that the Church/Holy See’s State sovereignty has been challenged in the courts.

The case made its way through the Belgian court system, before being refused at the Ghent Court of Appeal and given a negative opinion concerning chances of success at the Court of Cassation in Belgium. The Court of Appeal held that it did not have jurisdiction in respect of the Holy See, as it is a sovereign State, and therefore enjoyed immunity from foreign legal proceedings. As a result, the victims brought their case to the ECtHR alleging that the Court of Appeal had denied them their Article 6 right to a fair trial.

The ECtHR ultimately agreed with the Ghent Court of Appeal’s analysis, and ruled that the claimants’ Article 6 right had not been violated. Among other aspects, the Ghent Court of Appeal had reasoned that, because the Holy See was signatory to international treaties and had diplomatic representation, it therefore fulfilled the basic customary elements for statehood, and therefore it was established that the Holy See had been recognised as a sovereign State by Belgium. As a result, the Holy See had diplomatic immunity and could not be a party to the dispute as a defendant.

The ECtHR noted that Belgium had maintained diplomatic relations with the Holy See since 1832 in addition to recognising it as a State. It also held that the Court of Appeal’s decision was reasonable, and noted that in previous cases, the ECtHR itself had described the Holy See’s agreements with other countries as “international treaties” – for example, in Travaš v Croatia 2016 no. 75581/13. It held that the Ghent Court of Appeal was correct to infer from all this that the Holy See was a sovereign state.

The applicants had argued that if the Holy See was indeed a State, then the case fell into one of the exceptions to jurisdictional immunity – namely, that the case related to “an action for pecuniary compensation in the event of the death or physical injury of a person, or in the event of damage to or loss of tangible property.” The ECtHR found there was nothing unreasonable in the Court of Appeal’s analysis that this was not the case here, as the Pope was not the principal of the bishops, and therefore could not be held liable for their misconduct. In addition, the acts had been committed in Belgium and not in the Vatican.

The ECtHR also noted that the reason the entire action had failed – that is, in respect of the other defendants as well – was because there were procedural errors that the applicants had failed to cure through the process. As a result, there was no breach of the Article 6 right to a fair trial.

This judgement is not final; it is possible for one of the parties to appeal to the Grand Chamber within three months of the decision. However, it lays down a clear marker of sovereign immunity for the Holy See, and will certainly be a huge factor in any future cases that are brought against it in other jurisdictions. Indeed, the lone dissenting judge, Darian Pavli argued that the Court had put too much emphasis on the location of the abuse rather than the nature of the inquiry, and that the Belgian courts had not sufficiently responded to “the applicants’ serious allegations of direct and significant Holy See involvement in the handling of sexual abuse by priests within the Belgian Church.” If the case goes to the Grand Chamber, it will be interesting to see how Judge Pavli’s opinion is considered.