European Parliament approves its position on the Digital Services Act

On the 20th January, the European Parliament (EP) approved its position on the proposal for a Digital Services Act (DSA). The position gives green light to start negotiations, so-called trilogue, with the Council and Commission on the final shape of the new law. The Council of the EU (European Union) agreed on its position on 25th November 2021. 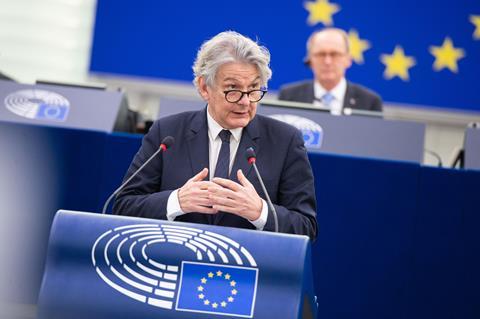 Commissioner Breton during the EP Plenary Session in January 2022

In approving its position, The EP introduced the following new amendments in the text adopted in plenary

To look back, the European Commission announced two long-awaited legal acts back in December 2020: Digital Services Act (DSA) and Digital Markets Act (DMA). The DSA proposal aimed to modernise the current legal framework by changing the rules for the handling of illegal or potentially harmful content online.

What Is the Digital Services Act?

The Digital Services Act is an integral part of the EU’s digital plan that aims to create a safe digital space for citizens and businesses. The main goals of the act are.

It is worth noting that whilst Parliament wants a ban on all platforms, The Council wants the ban only for online marketplaces.

In order for the DSA to become law, it must first be agreed upon by EU countries and Lawmakers. This is already underway with the trilogue negotiations which started on the 31st of January 2022, and most recently on the 15th of February.

“I am optimistic we can make a deal before the end of June,” Danish lawmaker Christel Schaldemose said in an interview.

There are two further meetings scheduled for the 15th of March and during the week of 4 April. Following these meetings, If the DSA becomes law, then big corporations would be forced to do more to tackle illegal content on their platforms or face fines of up to 6% of their global turnover.