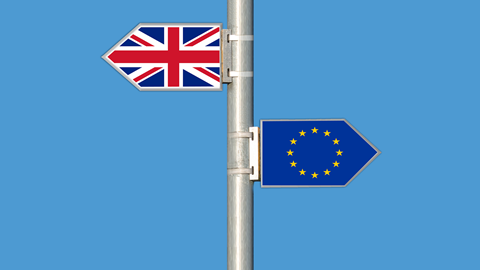 European Parliament ratification of the TCA: where do we stand?

In our article dated 22 January 2021 we discussed how, in order to prevent a no-deal scenario, the EU-UK Trade and Cooperation Agreement (TCA) was applied provisionally before it was to be ratified by the European Parliament. This provisional application was slated to be in effect until 28 February 2021 and it was unclear if the European Parliament would meet this deadline. Almost two months later, we are still yet to determine when the date will be set for ratification and as there are new developments in the EU-UK relations there is no saying how this may prolong the process further. This article examines where we are in the process, why the European Parliament may have concerns over ratifying the deal and the recent issues surrounding the Northern Ireland Protocol.

What is the process and the current state of play?

The UK has already passed the European Union (Future Relationship) Act 2020 which transferred the TCA’s provisions into domestic law. However, the European Parliament and Council are still required to ratify the deal. The provisional application of the TCA was due to end:

It has now been determined that the European Union would not be able, due to internal procedural requirements, to conclude the TCA by the 28 February and instead the Partnership Council adopted Decision 1/2021 on 23 February which extended the provisional application until 30 April 2021 unless the Agreement enters into force before that date.

When the Parliament submitted their opinions to the joint AFET-INTA Committees, many did praise the way a deal had been found so as not to plunge people into a no-deal scenario and force operating on WTO trade rules. However, they were not without their criticisms. Many of the Committees expressed frustration with the ‘last-minute’ nature of the agreement and strongly objected to the lack of time that they were given to scrutinise the deal before its provisional application. The Employment and Social Affairs Committee suggested that the ‘last-minute’ nature of the deal had ‘an immediate and negative impact on citizens and businesses who have to cope with, and adapt to, new rules affecting their livelihoods and day-to-day life’.

The Committees also strongly advocated for continued involvement in the decision-making process and to provide scrutiny regarding the implementation of the Agreement in order to ensure full transparency and democratic legitimacy. This could be achieved in one sense through active and continuous participation in the Parliamentary Partnership Assembly. The Committees also ‘firmly called’ on the Commission to keep them informed on the implementation of the Agreement with briefings and debriefings to Parliament before and after the meetings of the Partnership Council and Specialised Committees. Essentially, the Parliament did not want to feel neglected when it came to their right to be active in future developments and to adequately scrutinise decision making. Each Committee also raised its own concerns regarding elements of the TCA relevant to their independent areas. However, an issue that was raised by multiple Committees was the lack of involvement of the UK in the Erasmus+ programme and how this would negatively impact students in the UK and EU. The UK Government has now set out its replacement ‘Turing Scheme’ which is set to be analysed in due course.

Northern Ireland Protocol: A Major Hurdle to the Deadline?

Despite Parliament voicing these issues in their opinions, new developments have meant that what was potentially seen as a done deal may be more contested than anticipated. Back on the 2 February 2021 Michael Gove wrote a letter to Vice-President Maroš Šefčovič indicating that an extension of the grace periods that apply to areas including supermarkets and supply chains, chilled meat products, post and medicines would be needed to until at least the 1 January 2023. On 3 March 2021 the Secretary of State for Northern Ireland, Brandon Lewis MP, told the House of Commons that “For supermarkets and their suppliers, as part of the operational plan the UK committed to at the UK-EU Joint Committee on 24 February, the current scheme for Temporary Agri-food movements to Northern Ireland will continue until 1 October”. The BBC reported this as the Government describing it as an “operational easement” rather than a formal extension of the grace period.

Following this announcement, Vice-President Šefčovič released a statement expressing ‘strong concerns over the UK’s unilateral action … [which amounted to] a violation of the relevant substantive provisions of the Protocol on Ireland/Northern Ireland and the good faith obligation under the Withdrawal Agreement’. Crucially, the statement writes ‘this is the second time that the UK government is set to breach international law’.

On 5 March 2021, The Independent reported that an EU source informed them that ‘the Conference of Presidents decided not to agree a date to ratify the TCA, pending developments [surrounding the NI Protocol] and that European Parliament leaders wanted to ‘see where this was going’. Whilst on the British side the official spokesperson for the UK Prime Minister said, “we have made clear we will allow for extension to the end of April, but we expect the EU to ratify the deal by that deadline”.

On 9 March 20201, RTÉ reported that Mr Šefčovič briefed EU ambassadors on the legal action against the UK which is being prepared by the Commission. Brandon Lewis MP responded by stating that ‘the extension of the grace periods … was a sensible approach consisting of temporary measures to avoid a cliff-edge for businesses while a more permanent solution was negotiated with the European Union’. The Chair of the Northern Ireland Affairs Committee, Simon Hoare MP (Con), urged the government to desist from the narrative of unilateral action, get back around the table with the EU, and make the protocol work for all the people of Northern Ireland.

The Future for the TCA

At the time of writing, 15 March 2021, the European Commission issued a statement outlining how they had sent a Letter of Formal Notice to the UK for breaching the substantive provisions of the NI Protocol as well as the good faith obligation under the Withdrawal Agreement. Vice-President Šefčovič commented “The EU and the UK agreed the Protocol together… [and are] bound to implement it together. Unilateral decisions and international law violations by the UK defeat its very purpose and undermine trust between us”.

The Letter of Formal Notice marks the beginning of a formal infringement process as set out in Article 12(4) of the Protocol, in conjunction with Article 258 of the TFEU. The Letter requests the UK to carry out swift remedial actions to restore compliance with the terms of the Protocol. Vice-President Šefčovič has also sent a political letter to David Frost, the UK’s co-chair of the Joint Committee, calling on the UK Government to rectify and refrain from putting into practice the statements and guidance published on 3-4 March 2021. The letter also calls on the UK to enter into bilateral consultations in the Joint Committee in good faith with the aim of reaching a mutually agreed solution by the end of this month.

This provides one month for the UK to submit its observations to the Letter of Formal Notice. Only time will tell how the UK will respond and whether a mutually agreed solution can be found by the end of March as suggested by the EU. However, with the new deadline being set for the end of April It remains to be seen how the European Parliament will react to the new developments and it will be interesting to see how the progression to ratification timeline may be impacted. This situation will continue to be closely monitored and analysed for the crucial impacts that may materialise from the need to ratify the TCA.