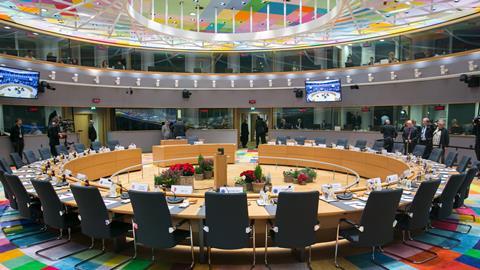 From conflict to consensus: the combative journey of the EU budget

As many readers may recall, the EU budget for the period 2021 – 2027 was provisionally agreed between the 27 EU leaders at the European Council summit held on 21 July 2020.

The EU’s proposed budget totals €1.8 trillion which includes a coronavirus recovery package worth €750 billion. The package in its current form represents the largest package ever financed through the EU budget. The European Commission published its fact sheet on the proposed budget on 11 November 2020, a copy of which can be accessed here.

Following the agreement reached at the July 2020 summit between the Member States, the European Parliament, the Council and the European Commission then held 11 trilateral political trilogues in order to fine tune the final parameters of the deal.

The final details sparked an intense debate with both Hungary and Poland threatening to veto the budget because of its new rule of law mechanism. The Hungarian Prime Minister, Viktor Orban, and the Polish Prime Minister, Mateusz Morawiecki, argued that the rule of law principle contained within the final version of the proposed EU budget tied European spending to European principles, which in turn would unfairly target specific countries. The contested rule of law principle provides the EU with the power to block funding if a country breaks the EU’s fundamental principles.

Judit Varga, Hungary’s Justice Minister, reportedly stated that the rule of law mechanism is designed to “bring countries into line” and “its legal basis is unfounded, the measures arbitrary and the procedure is without meaningful guarantees”.

In an attempt to reach consensus, the EU leaders met via video conference on Thursday 19 November to discuss the issues at hand. No consensus was not achieved, however, and a Joint Declaration was then published by the Prime Ministers of Hungary and Poland on 26 November. This Joint Declaration made it clear that neither Hungary nor Poland were willing to concede as they stated that their objective was “to prevent a mechanism which would not strengthen but undermine the Rule of Law within the Union by degrading it to a political instrument”. They went on to confirm that “Neither Poland, nor Hungary will accept any proposal that is deemed unacceptable by the other”. A copy of the full Joint Declaration can be accessed here.

As a result of the ongoing disagreement, both countries were placed under EU investigation for backsliding on democratic standards. This did not deter the countries from continuing to pursue their fight, however, and both parties sought to harden their stance. In addition to publishing their Joint Declaration, the Polish Prime Minister, Mr Morawiecki, also stated that should matters not be resolved shortly, it could “lead to the fragmentation of the EU, and maybe even to its break-up”. The head of the European Commission, Ursula von der Leyen, then suggested that Hungary and Poland take the EU to court rather than continue to block the budget.

On 10 December, all 27 EU leaders attended the European Council summit where agreement was finally reached, Hungary and Poland dropped their objections and the historic €1.8tn budget was adopted.

A four-page, non-binding “interpretative declaration” provided Hungary and Poland with the comfort they needed in order to agree to the proposed budget and coronavirus recovery fund. The declaration provides assurances that Hungary and Poland will not be singled out under the new rule of law mechanism and that it shall apply only to the next EU budget. It also provides the European Court of Justice with a role in ruling on the legality of tool, should it be challenged by a Member State.

Despite the budget’s eventual happy ending, the journey on which the EU leaders had to travel in order to achieve it has not been forgotten. The conflict has highlighted a deep division which exists within the bloc and its power to cause significant problems. It will be interesting to see how this division manifests itself in the future and how the EU leaders will choose to navigate its differences of opinion. For now, however, the waters have been calmed and the EU leaders can now focus on repairing the economic damage caused by coronavirus.