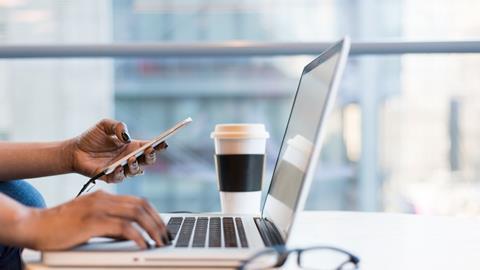 Gender diversity in the legal profession by Sally Penni MBE

It is no secret that the legal profession has a problem with progression of women. The profession is working hard to redress this. We must applaud this. Unlike some sectors, though, the issue is not that it does not attract enough female talent but, rather, what happens to those women as their careers progress. The lack of women in leadership positions. Especially black and those from minority ethnic groups.

More than half of the profession’s intake as trainees are now women. However, according to the most authoritative quantitative study of gender diversity the UK legal profession, carried out by the consultants Deloitte in 2017, just 18 per cent of partners in the top ten UK law firms were women, with the picture not much better in smaller firms.

If we compare this to the UK Parliament, currently 34 per cent of MPs are women, indicating that the political parties still have some way to go when it comes to attracting female candidates and putting them forward for winnable seats. The proportion of female cabinet ministers, however, peaked at almost 35 per cent in 2005 and 2017.

It has since fallen back to 27.3 per cent but, even so, this would seem to indicate that the biggest barrier to women’s advancement in politics is getting elected in the first place. Once she has taken up her seat, a woman’s chances of reaching the top in UK politics are, while not great, still better than her prospects of getting a senior job in a traditional law firm.

To find out why this remains the case, Women in the Law UK commissioned The Penni Report, a multi-phase research project carried out by the University of Manchester. The first phase of this, which was published in 2019, was based on qualitative research carried out among senior female former solicitors and barristers who left firms and chambers in order either to move in-house, to set up their own firms or to leave the profession altogether.

The women interviewed identified a number of common themes. In particular, a culture that continued to be dominated by long hours and financial targets was identified as effectively excluding anyone who needed to work flexibly.

There are hopeful signs that, if one good thing is to come out of the pandemic, it will be the widespread adoption of flexible/hybrid working patterns, among both women and men. This could be led as much by firms eyeing cost savings as by commitment to employee wellbeing.

However, there are many risks and unanswered questions. The first, and most obvious, is whether all the men who currently say they want to continue to work flexibly will still feel that way in the long term.

Another issue is that flexible working is not a great experience for everyone. If all staff are to be expected to work from home for two or three days per week then where will that leave junior lawyers, both male and female, who live in crowded flatshares and cannot wait to get out of their bedrooms and back to the office?

There is also anecdotal evidence that home working is leading to an “always-on” mentality in which legal professionals feel they can never switch off, and are always available. This was often a problem before the pandemic but has only been exacerbated by the shift to near-universal home working and the complete removal of physical and psychological barriers between work and private life.

Finally, even if men and women adopt identical practices in terms of hybrid working, the problems with the traditional partnership model identified by The Penni Report will continue. Unless and until the pressure to “hit your numbers” while also bringing in new business subsides, those with primary responsibility for childcare will remain at a disadvantage.

Fee-sharing – not a panacea

There are, thankfully, now more options available for senior lawyers who want to remain in the profession while stepping off the treadmill, in the shape of the growing number of fee-share and consultancy firms. However, while very welcome and a great option for many excellent lawyers, there is a danger that these firms become seen as the only choice for women who want to practise at a senior level without sacrificing family life entirely.

If that were to happen then, potentially, we would see even fewer female partners in traditional firms than is now the case. And it cannot be right that women feel they need to leave the firms in which they have built their careers to effectively become self-employed if they want to progress, while their male colleagues sail on toward partnership.

To solve this for the long term, two things need to happen.

One is for firms genuinely to reassess the criteria by which they measure performance, and reward quality and client outcomes, not just hours billed. The other is for the male allies who are now saying they want work flexibly and spend more time with their children actually to step up and do so.

By Sally Penni MBE, barrister-at-law and chair of Women in the Law UK, vice-president of the Association of Women Barristers