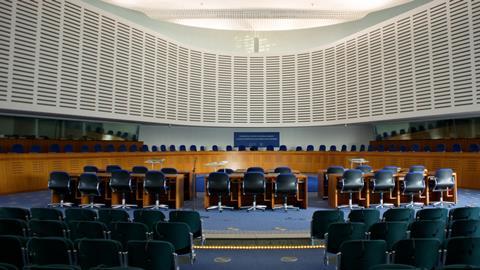 As the deadline (8 March) for the Ministry of Justice’s consultation on reforms to the Human Rights Act (HRA) draws closer, the Law Society is busy preparing its analysis of the proposals. The breadth and weight of the proposals make it clear that Dominic Raab is serious about his intention to “overhaul” the HRA and there are implications for the UK’s relationship with the European Court of Human Rights (ECtHR) throughout.

Most notable is the proposal to amend section 2 of the HRA, through which UK courts are required to “take account” of ECtHR jurisprudence when reaching a decision on Convention rights. The suggested options for replacement seek to divorce the UK from Strasbourg case law, making clear that domestic courts are not bound to follow their rulings.

While it is already the case that courts in the UK are not bound to follow ECtHR jurisprudence – and have declined to do so with some regularity – the new position would be a far cry from the much preferred one established by UK judges to follow “clear and consistent” lines of case law.

How judges would interpret this new position would remain to be seen and hinges on how they apply the downgraded, optional duty to “have regard” to Strasbourg rulings. However, when parliamentary intent (or at least ministerial intent, at this stage) is so clear, it may be difficult to assert ECtHR jurisprudence. This would then raise questions about the ability of the UK to keep pace with the ECtHR and maintain consistency with the standards applied across Council of Europe member states.

It also increases the likelihood of more UK citizens petitioning the ECtHR in a bid to enforce their rights under the Convention – but it is by no means the only proposal that runs this risk. Proposals which would be incompatible with the Convention (such as excluding foreign national offenders facing deportation from rights protections, or limiting extraterritorial application), shield public authorities from accountability or otherwise limit access to the courts and remedies, all have the foreseeable consequence of more UK cases landing in the ECtHR’s docket.

The UK currently has the lowest percentage of cases per population size of all 47 member states at just 0.03%. We believe the proposals, if enacted, would make this record impossible to maintain.

Perhaps in anticipation of this, the government is also seeking to formalise a process in statute for how they should respond to adverse ECtHR judgments against the UK. While the benign elements of this merely seek to facilitate parliamentary involvement in the response, one aspect may set alarm bells ringing for those in countries where respect for rights is fraught.

The illustrative draft clause provided by government states that an adverse judgment from the ECtHR is not automatically a part of UK law and “cannot affect the right of Parliament to legislate or otherwise affect the constitutional principle of Parliamentary sovereignty”. Again, this is true in UK constitutional law and does not necessarily mean that the UK will refuse to implement Strasbourg rulings against them, although it does retain that right. However, placing this in statute could send a dangerous message abroad and set a precedent which inspires other countries to pass defensive laws seeking to immunise themselves from decisions of international courts.

Hazel Blake is Policy Adviser on Domestic Human Rights and Constitutional and Administrative Law in the Law Society of England and Wales.