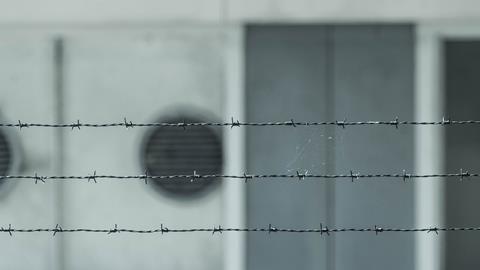 For over thirty years, The Death Penalty Project has worked to protect the rights of those facing the death penalty, providing free legal representation to prisoners and promoting respect for human rights and the rule of law. Co-Executive Directors Saul Lehrfreund and Parvais Jabbar say litigation has played critical role in the fight against the death penalty, but wider engagement is needed to achieve lasting change.

At the end of last year Kenya became the latest country to abolish the mandatory death penalty, with the Supreme Court striking it down as unconstitutional and a violation of fundamental human rights. Widely condemned by the international community, the mandatory death penalty is the automatic imposition of a death sentence. In Kenya, those offences carrying this penalty included certain types of robbery – meaning that hundreds of people have been sentenced to death for crimes such as mobile phone muggings or robberies where there has been no physical harm to the victim, or loss of life.

In its landmark judgment, Muruatetu & Mwangi v. Republic of Kenya, delivered 14 December 2017, the Supreme Court identified the mandatory death penalty as a “colonial relic”, and ruled it unconstitutional as it disproportionately punished an offender by failing to take into account the individual circumstances of their case. Thousands of prisoners who have had death sentences automatically imposed may be affected by the judgment.

The decision has been a long time in the making. The Death Penalty Project has been litigating this issue in Kenya for over a decade and appeared as amicus curiae before the Supreme Court in this case. Kenya is the twelfth country in which we have successfully challenged the mandatory death penalty (starting in the Caribbean), in proceedings spanning three decades. In reaching its verdict, the Court was able to rely on jurisprudence from other constitutional courts where the mandatory death penalty has been found to violate fundamental human rights.

The universality of human rights means that litigation has played an important role in the global fight against the death penalty. Legal restrictions placed on the imposition and application of the death penalty in one jurisdiction have been used as evidence of evolving standards of decency in another, so that outdated, cruel and inhuman practices, such as the mandatory death penalty, have been increasingly rejected by the courts and pushed to the fringes.

However, securing legal change can be a slow process and, although the impact can be far-reaching, a legal success is never the end of the story. In Kenya, with the abolition of the mandatory death penalty our work is only just beginning. The government has been given a 12 month time-frame to undertake a review of the implications of the judgment for all those affected. Further, new sentencing criteria will need to be established to guide judicial discretion in capital cases. Judges, defence lawyers and prosecutors will need to be provided with specialist training to support the transition to a discretionary sentencing system and to assist with re-sentencing hearings.

Moreover, ongoing engagement on the issue of the death penalty is essential to drive further reform. Judicial restriction can only go so far. In Kenya, as with every country that continues to retain the death penalty, abolition will only be achieved through the legislative process, requiring strong political commitment and principled leadership. Poorly informed public debate and a lack of reliable data revealing how the death penalty is applied in practice are just some of the factors which make reform hard to achieve. It is therefore critical that litigation is accompanied by research, awareness raising activities and ongoing dialogue with governments and politicians. In doing so we hope to promote greater understanding of the human rights issues associated with the death penalty, and secure lasting change in practice.

To find out more about their work visit - http://www.deathpenaltyproject.org