Lessons learnt on the rule of law from COVID

As governments throughout Europe responded to the pandemic through the implementation of emergency measures, it became increasingly clear that there was a fine balance between the protection of the public from the threat of the virus and a breach of individual’s rights. As we start to see a decline in the threat of the Covid-19 virus, we should reflect on what lessons can be learnt from both national and international responses to the virus. To this end, we will look at the evidence emerging from the work of the Council of Europe and the relevant case law. 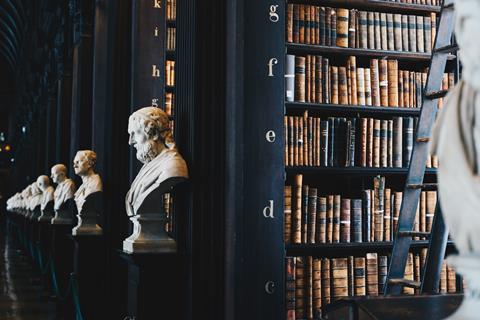 In a state of emergency, the two areas affected the most are the exercise of state powers and human rights. We saw a great shift in power towards the executive during the pandemic, limiting parliamentary scrutiny of emergency measures which exacerbated long-standing issues around the delegation of powers. This has already led to the retrospective examination of measures through the independent commissioning of inquiries and reports, serving as a reminder of the importance of having checks and balances in place as we prepare for future crises.

The competence of governments in their messaging of restrictions to the public was also called into question. The rules enacted were often broad, frequently changing and were left for law enforcement to interpret. This made it difficult for individuals to bring challenges against what was later confirmed by the courts as being the improper use of state or police powers. This is a lesson for policy makers and the media going forward to focus more on the clarity of communication to the general public.

There have been much slower movements towards the lifting of restrictive measures, even when they are no longer considered necessary. Parliaments should continue to regularly review measures to justify its continued use, but until then we can expect a rise in legal challenges against governments and private organisations by individuals.

The Council of Europe makes clear that even in a state of emergency, the rule of law must prevail.

Covid-19 and the Constitution: The Use of Emergency Powers

During the pandemic, governments passed emergency legislations by decree on a scale never seen before. This allowed for the accelerated implementation of highly restrictive measures with limited scrutiny by the legislature, which only exacerbated long-standing issues around the delegation of powers.

As Europe quickly became the epicentre of Covid-19 outbreaks, this opened the floodgates for measures that were criticised as either being too slow to follow the scientific evidence at the expense of public health, or so restrictive that it led to the derogation of citizen’s rights. A key example of this being Austria, which mandated vaccines for all over-18s (or face fines up to €3,400), only for this requirement to be dropped a month later.

In order to strike the right balance, the Council of Europe advises that any legislation enacted should:

The Venice Commission found historical evidence that shows “the longer the emergency regime lasts, the further the state is likely to move away from the objective criteria that may have validated the use of emergency powers in the first place.” Parliaments should therefore regularly review measures to justify its continued implementation, and if no longer deemed relevant, an intervention should be made, annulling the decisions of the executive.

We have already seen the retrospective examination of these measures through public inquiries and independent reports. However, the amount of evidence available to sift through could take years, at which point it would be difficult to ever hold the executive to account for any actions of wrongdoing, emphasising the importance of stepping in at the earliest sign of mishandling by the executive.

The Venice Commission recognises that the abuse of human rights is the greatest during emergencies. This is evidenced by the eighteen countries that notified the Council of Europe of their derogation from fundamental rights under the Convention (as permitted by Article 15 ECHR in a time of emergency), signalling the end of many rights enshrined in the Convention to come.

The Principle of Non-Discrimination

The principle of non-discrimination requires the equal treatment of an individual or group, irrespective of their characteristics. Contrary to this, there is plenty of evidence of measures discriminating individuals on the grounds of vaccination status, profession and even age.

This sentiment has been echoed all the way up to the European Court of Human Rights, which received hundreds of requests for interim measures concerning Covid-19 during the pandemic. Despite this, there has been little success in the courtroom for applicants so far in this area.

Applications for interim measures to immediately suspend Greece’s compulsory vaccinations for health professionals were rejected for falling outside the scope of Rule 39, as was Thevenon v France [2021], which concerned the compulsory vaccination of firefighters. The case of Zabrano v France [2021] was deemed inadmissible, which argued that the French passe sanitaire amounted to a discriminatory interference with the right to respect to private life.

Even at the national level, in Peters & Anor [2021], the High Court of Justice in England and Wales held that the mandatory requirement for care home workers was not unlawful and did not breach rights under the Convention as individuals retained the autonomy to decide whether to be vaccinated or not, and depending on that choice, only then do the Regulations preclude them from taking up work in a care home.

Going forward, we can certainly expect an increase in litigation on the grounds of discrimination under Article 14 of the Convention, with applicants pushing to exhaust all domestic remedies in the hope to end state action on certain measures and to set a precedent for future policy decisions. We can also expect an increase in claims filed at Employment Tribunals by employees for compensatory damages at the national level, making way for new provisions in employment contracts in areas such as sick pay, self-isolation and the disclosure of medical information.

Robust population surveillance programmes were essential to understanding and preventing the spread of the virus which helped to influence government policy and keep people safe, but with this came the tracking of personal movements and health data to monitor the number of detected cases in any area. The Committee on Bioethics issued a statement on the digital tools used to trace the contamination chain, making clear that data protection principles must be central to these tools because of their privacy-intensive nature.

One potential data protection issue to come is with the Covid-19 health pass. A person’s vaccination status is special category data, which is subject to heightened data protection measures. However, during the pandemic, countries such Italy passed laws requiring individuals to show evidence of their vaccination status to access their workplace, which then extended to include to schools, transport and public venues. There is a high threshold for consent of such data to be freely given under the GDPR, and the element of freely implies that there is a choice for the data subject, without pressure or influence, which is difficult to obtain where the handing over of such data is mandatory and the alternative is a fine of up to €1,500.

The Convention allows for exceptions to data-protection rules for a limited period of time, however many of the end dates for many of these rules are ambiguous. It is also not always clear what safeguards have been put in place by each organisation to ensure that data is collected, analysed, stored and shared in legitimate and responsible ways.

The Right to Freedom of Expression and Peaceful Assembly

Regulations had the power to turn basic human rights into a crime, and one right in particular that was put under the spotlight was the individual’s right to freedom of expression and association, as Human Rights Watch and Amnesty International accused governments and police of using the pandemic as a pretext for the abuse of free speech.

The Council of Europe provides that it is ultimately for authorities to ensure that any such restriction, whether or not it is based on a derogation, is clearly established by law, in compliance with relevant constitutional guarantees and proportionate to the aim it pursues.

However, the real issue is the communication of these measures to the general public, which were often very general and frequently changing. This led to a wide display of confusion which was left for law enforcement to interpret, and they did not always get it right. On 13 March 2021, the organisers of Sarah Everard’s vigil were told by the Metropolitan Police Service that they would face fines of £10,000 each and possible prosecution under the lockdown restrictions if the event went ahead. However, on 11 March 2022, in Leigh v The Commissioner of Police of the Metropolis [2022], the High Court of Justice in England and Wales ruled that the police infringed on the rights of the organisers behind Sarah Everard’s vigil, as their interpretation of the Regulations was legally wrong.

This serves as a reminder to policy officials and legislative drafters of the consequences of ambiguous drafting and the importance of clarity in its messaging not only the general public, but to law enforcement too. Without this certainty, the courts will be called upon to interpret government policies and law instead.