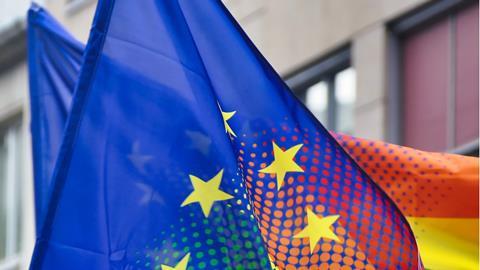 LGBTI+ rights in the EU

On 22 March 2021, the European Parliament’s Policy Department for Citizens’ Rights and Constitutional Affairs organised a workshop for the Parliament’s Petitions Committee on the subject of LGBTI+ rights in the EU. The workshop centred on a presentation by Alina Tryfonidou, Professor of Law at the University of Reading, and Robert Wintemute, Professor of Human Rights Law at King’s College London, of the findings of their study on ‘Obstacles to the Free Movement of Rainbow Families in the EU’.

The professors’ study found that LGBTI+ families continue to face considerable barriers preventing them from properly exercising their right to free movement under EU law. One major obstacle is the lack of mutual recognition of same-sex marriages and registered partnerships throughout the EU. Same-sex couples’ access to legally recognised partnerships vary hugely between Member States. In some (e.g. France), same-sex couples have access to both marriage and civil unions, whilst in others (e.g. Italy), they can enter registered partnerships but cannot marry. In six EU Member States (Bulgaria, Latvia, Lithuania, Poland, Romania and Slovakia), there is still no legal recognition at all for same-sex couples. This leaves LGBTI+ partners at the mercy of whether the Member State they are attempting to move to will recognise their legal relationship and therefore grant the associated residency rights under Directive 2004/38, which obliges Member States to grant residency permits to the ‘family members’ of EU citizens.

The CJEU confirmed in the 2018 case of Coman and Others v General Inspectorate for Immigration and Ministry of the Interior that the term “spouse” in Directive 2004/38 does include a same-sex spouse. The case involved a Romanian man and an American man who had entered a same-sex marriage in Belgium. When the couple relocated to Romania, the authorities refused to grant the American husband a residency permit because they said he did not qualify as a spouse for the purposes of Directive 2004/38. In spite of the CJEU’s decision in favour of the couple, however, Romania continues to refuse to grant the American husband a residency permit. The European Commission has so far declined to take any infringement action against Romania, and in February 2021, the couple took their case before the European Court of Human Rights. Professor Wintemute stated unequivocally that this was an unacceptable situation, and that it was imperative for the Commission to take action against Romania and any other Member State refusing to grant a residency permit to the same-sex spouse of an EU citizen.

In addition, he noted that although the Coman judgement is limited to the topic of residency permits, the non-recognition of same-sex marriages or registered partnerships in other areas of a Member State’s national law (e.g. inheritance rights) might also deter same-sex couples from moving between Member States. He therefore called on the Commission to propose new legislation that would require all Member States to acknowledge a marriage or same sex partnership formed in another Member State for the purposes of national law. The Commission should also issue a clarification explaining that EU and national legislation on the rights of unregistered partners (e.g. residency rights, hospital visitation, tenancy succession) must be interpreted as inclusive of both same-sex and different-sex couples.

Rainbow families also commonly face barriers to free movement when it comes to recognition of the legal relationship between LGBTI+ parents and their children. Member States’ willingness to recognise legal parental relationships established in other Member States vary hugely. There are, for example, currently two cases pending before the CJEU where Bulgaria and Poland have each refused to recognise Spanish birth certificates that each record two women as the parents of children born in Spain. The professors’ study therefore urges the EU to clarify that the wording on ‘parents and children’ in Directive 2004/38 and other similar legislation includes rainbow families. The study also recommends that the Commission should propose a new directive that would harmonise the cross-border recognition of birth certificates. It should also issue a communication that all EU Member States must ensure the continuity in law of familial ties of rainbow families who move to their territories, at least to the level required under the case law of the European Court of Human Rights.

The presentation was followed by interventions from Eleni Maravela of the Network of European LGBTIQ Families Associations, Katrin Hugendubel of ILGA-Europe and Patrycja Pogodzinska of the Fundamental Rights Agency (FRA). They raised the need for similar studies looking at the issues specifically faced by trans, intersex and non-binary people and their families, and stressed that the issues faced by LGBT+ people in the EU go far beyond just freedom of movement and family rights. The FRA had conducted a survey with LGBT+ people in the EU in 2019, which had found that fear and violence is still a daily reality for many. This has only been worsened by the COVID-19 pandemic, which had left large numbers of LGBT+ people locked down in hostile environments and without access to the healthcare they need. Harassment of LGBT+ people in the EU remains vastly underreported, as members of the community feel that they will be discriminated against by law enforcement authorities. The situation is particularly difficult for trans, non-binary and intersex people, who on average faced double the harassment of other LGB groups surveyed. Levels of tolerance towards LGBT+ people and the perceived responsiveness of national governments to LGBT+ people’s concerns still vary massively between Member States. The most important steps towards LGBT+ inclusion at an EU level will need to begin with new laws promoting LGBT+ rights and vocal support from public figures. In this way, LGBT+ people can feel safer to be themselves and participate in public life.

Helena Dalli, the European Commissioner for Equality, also spoke at the workshop. She commended the European Parliament’s recent declaration of the EU as an LGBTI+ Freedom Zone, and said that the Commission was currently working on implementing its LGBTIQ Equality Strategy 2020 - 2025 to make the Freedom Zone a reality. She said that the Commission was looking into the findings of the professors’ study, and would look to open up dialogues with Member States on the issue of freedom of movement for LGBTI+ people and their families, taking legal action against infringement where necessary. She also said that by 2022, the Commission would propose a new horizontal initiative for the mutual recognition of familial relationships throughout the EU, and would be exploring measures to promote the mutual recognition of same gender spouses and registered partners’ legal status in cross-border situations.