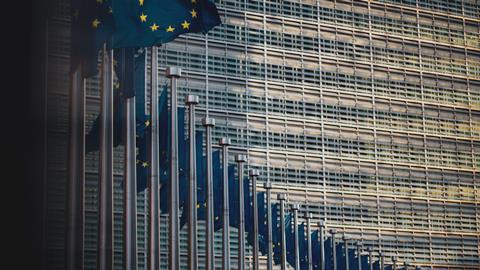 The most recent measure imposed on Poland on 27 October 2021, that being an Order by the Court of Justice of the European Union (the “Court”) for Poland to pay a daily fine of €1,000,000 to the European Commission for their sustained failure to comply with the Court’s Order of 14 July 2021 (explained in detail below), is but another chapter in the developing relationship between this member state and the European Union’s institutions.

Overview of the situation

The Polish political party in power, called the Law and Justice Party (PiS), has introduced reforms of the Polish judiciary that have been viewed by many as controversial for a member state to the European Union which is, like all others, subject to collective principles and values.

A key example of one of these measures proposed in 2019 by the prime minister, Mateusz Morawiecki, is the introduction of a disciplinary chamber to the Polish Supreme Court with powers to discipline judges for their conduct and behaviour.

On 3 April 2019, the Commission commenced infringement proceedings against Poland on the basis that the new disciplinary framework undermined judicial independence and did not contain sufficient safeguards to protect judges from political power/control. This case was sent to the Court on 10 October 2019. In the meantime, (specifically on 14 January 2020), the Commission requested that the Court imposed interim measures – one being to order Poland to suspend the activity of this disciplinary chamber.

The Court ordered on 8 April 2020 for the immediate suspension of the application of national provisions providing powers to the disciplinary chamber in respect of Polish judges’ disciplinary cases.

On 29 April 2020, the Commission commenced infringement proceedings against Poland for a law of December 2019, which put into place amendments to the Polish justice system’s operation. This was followed by the Commission’s referral of Poland to the Court on 31 March 2021 seeking interim measures.

This referral resulted in the Court’s Order of 14 July 2021, ordering Poland to suspend:

1. Provisions allowing the disciplinary chamber to rule on lifting of judicial immunity matters and matters relating to the retirement, employment, and social security of judges to the Supreme Court;

2. The impact of any decisions already made as to judicial immunity; and

3. Provisions impeding Polish judges from being able to directly apply EU law safeguarding judicial independence, together with a suspension of allowing preliminary rulings on these questions to be submitted to the Court.

On 15 July, the Court handed down its judgement on the disciplinary framework for Polish judges, confirming that this is not compatible with EU law due to the fact that this regime undermines judicial independence whilst also not safeguarding against the protection of judges from political control. Please see Case C-791/19 for the full judgement.

What does this all mean?

At the time of writing (15 November 2021), Poland have not suspended the disciplinary chamber. The above developments continue the debate as to the rule of law between this member state and the Union.

In response to this ruling, Commission President, Ursula Von der Leyen said she was “deeply concerned” and pledged to use all powers available to enforce EU law. Added, the German government have declared full support for any action against Warsaw following the Polish judgement and the French European Affairs Minister, Clément Beaune, referred to the judgement as an “attack on the European Union”.

At present, the European Commission has not cleared the release of the €24 billion grant to Poland, part of the COVID-19 recovery fund to all member states, as a result of their concerns over the rule of law and related issues in Poland. Polish Prime Minister, Mateusz Morawiecki, has labelled this as “financial blackmail”. However, Von der Leyen has emphasised that what is at stake with these judicial reforms is Poland calling “into question the foundations of the EU”. This shows that the Commission has powers to incentivise member state compliance with the orders and is prepared to use them. This is especially important in a scenario where Poland is currently not complying with Europe’s highest court’s judgements; they cannot turn a blind eye to the Commission.

It will therefore be interesting to see how Poland and the European Union reacts. Time can only tell what each side’s next step will be. Questions include: will Poland dismantle the disciplinary chamber to abide by the Court’s orders i.e., how long can they sustain being subject to daily fines? What will be the outcome of any debate as to which law, Polish or European, holds supremacy? How will the above impact on the relationship between Poland, other member states and the Union as a whole?