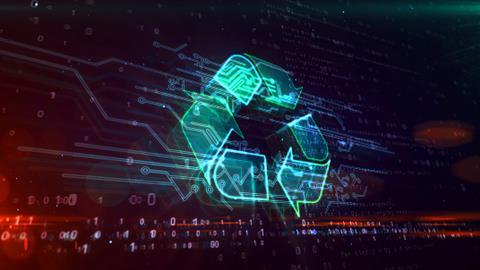 Potential reforms in the EU to address growing e-waste

Smartphones, smart doorbells, smart fridges. While the world has been focused on advancing new technologies to make lives easier, less has been done to address the growing mountain of e-waste, which these technological advancements leave behind.

According to the European Parliament, e-waste is the fastest growing stream of waste, with less than 40% being recycled. There are significant issues associated with this, including the fact that such waste contains materials which are harmful to humans, pollutants to the environment, and consist of rare materials which are scarce in modern technology. The recent semi-conductor shortage highlighted how supply chains across the world could be brought to a halt, with the shortage of just one, essential component.

To tackle these issues, the EU Parliament have this year adopted a resolution, seeking to create a fully circular economy by 2050. What a circular economy means, is that most, if not all, products are recycled and reused repeatedly. This is an ambitious target, not just because there is currently significant variance between practices amongst member states (e.g., Croatia recycles 81% of e-waste, while Malta recycles 21%), but also because any changes to how products are manufactured now, will take several years for such benefits to materialise.

The European Policy Centre have published an article here, on how policy could be reformed, to help the EU achieve its goals.  Recommendations include:

While modernisation and digitalisation have significantly improved the lives of billions across the world, there is a risk that the costs of such advancements are beginning to catch up. Besides the area of e-waste and recycling, there may be a wider discussion to be had, about the net costs of ploughing ahead with digitalisation.

For instance, emissions from the IT sector e.g., to power internet servers, are expected to account for 21% of electricity demand, by 2030. Digitalisation has created targeted advertising, which draws consumers in, to consume even more content e.g., newest series on Netflix, as well as purchase items e.g., on Amazon.

A reality check may need to be had, to fully consider the net benefits of rushing through with the digital age.