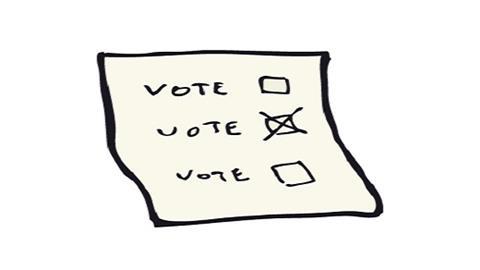 Angela Merkel has been the German Chancellor for over 16 years, and in that time has proven herself a leader not just in Germany, but as a leader in the EU. The German elections held in September marked a changing of the guard and were watched closely from all over the world. As we now know, the centre-left SPD, helmed by Olaf Scholz, won a majority of the votes with a 25.7% share, while the Merkel’s erstwhile party, the CDU/CSU coming in behind with 24.1%, an almost 9% drop of the vote share from the 2017 elections.

As is usual in Germany, there is no clear winner, and so a coalition must be formed. Given the current state of pandemic, all parties have expressed a desire to complete coalition talks as quickly as possible. In 2017, this process took four months.

This year it is the smaller parties (the Greens and the Free Democrats) who are the “kingmakers”, and they have their pick of which of the two biggest parties they can work with best – they are the first parties that held talks in order to agree a common position before going into negotiations with the SPD and CDU/CSU.

Following their apparently successful negotiations, there are several coalition options on the table. The most viable of those are the “traffic light coalition” and the “Jamaica” coalition. The names reflect the colours of each party: traffic light coalition refers to a coalition between the SPD, Greens and FDP (red, green and yellow respectively); while Jamaica represents the CDU/CSU (black), FDP and Greens. As the SDP came out on top, it is looking more probable that an agreement will be made for a traffic light coalition, particularly as Olaf Scholz is seen by a majority of the German public as a better successor to Angela Merkel than CDU candidate Laschet.

Indeed, a Politbarometer poll released on 15 October 2021 showed that three quarters of respondents thought it would be good if Scholz became Chancellor, and 62% of all respondents thought a traffic light coalition would be positive. Interestingly, 64% of respondents viewed a Jamaica coalition as a bad decision in the event that the traffic light talks don’t work out. However, it should be noted that this is only a poll and the SDP and CDU won an almost even share of the vote. As a result, despite the CDU/CSU losing so much ground compared to previous elections, there is still a chance that they, and their Chancellery candidate Armin Laschet, may end up in office.

At this point, the outcome of coalition talks can only be speculation – for government to function effectively, the parties must be able to find common ground, and so the power rests with them.

In the meantime, it is increasingly likely that the outgoing caretaker government will be representing Germany at the upcoming COP26 in Glasgow. Germany is a major player in terms of persuading other highly developed countries to cut emissions further, with the outgoing German government agreeing in May 2021 to make Germany carbon-neutral by 2045. Other countries will be monitoring coalition talks, particularly as Germany’s current policy of keeping coal power plants open util 2038 is incompatible with their 2045 target.

Speaking to the Guardian, the director of Greenpeace in Germany, Martin Kaiser, said that if any of the prospective coalition members embrace more of the Green party’s measures to tackle climate change, then “the new government could become a motor for climate ambition both within the EU and internationally.”

While September hosted the highly anticipated German elections, we shall now turn our attentions to the south and focus on the Italian municipal elections which were held at the beginning of October. Despite a low turnout, centre-left parties secured wins over centre-right and far-right parties in all of the largest cities except Trieste.

This victory is good news for Prime Minister Mario Draghi but is not perhaps so welcome to other members of his coalition government. Reuters remarked in their coverage that the loss minimises the chances of Deputy Prime Minister and leader of the populist Lega party, Matteo Salvini, calling an early general election. Draghi’s government currently enjoys an approval rating close to 70%, so it looks like Draghi’s job is safe for now. The 2022 election for the presidency of the Republic complicates things; the President is elected by the two legislative chambers (Camera and Senato), rather than by a direct election, and there are rumours of a proposal to candidate Mario Draghi himself. In that case, an early general election is likely.

The far-right Brothers of Italy and the Lega party, allied at municipal level, are on opposite sides in government: Brothers of Italy is in opposition, Lega is part of the Government. While they didn’t succeed in winning any of the main cities, Brothers of Italy enjoyed a surge in support overall, increasing their share of the vote from 4% in 2018 to 20% at these municipal elections, and succeeded in equalling or beating the Lega party in the four biggest cities. Interestingly, the 5 Star Movement, which won the largest vote share in the 2018 general election, continued its rapid decline in popularity, winning just 10% of the vote in Turin and only 3% in Milan.

The next Italian general election will take place by March 2023, so it remains to be seen whether centre-left parties can transform these municipal successes into outright victory at a general election, or whether populist and far-right parties will remain either kingmakers in a future coalition government or manage to overcome recent setbacks and win a majority in the next general election.