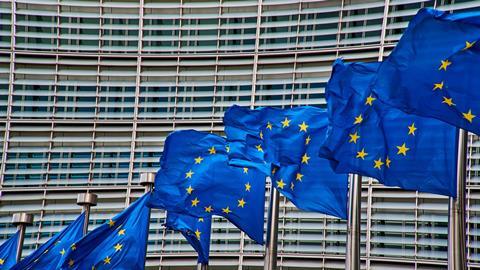 The EU has several well-established legislative measures in place designed to tackle racism. Discrimination on the grounds of racial or ethnic origin is prohibited under the EU’s founding Treaties and in its Charter of Fundamental Rights, and there is specific legislation on the topic, such as the Racial Equality Directive 2000/43/EC, and the Framework Decision 2008/913/JHA on combating racism and xenophobia by means of criminal law. In spite of these measures, however, racial discrimination continues to be a significant issue within the EU.

Surveys carried out by the EU Agency for Fundamental Rights (FRA) in 2016 – 2018 found high levels of racial or ethnic discrimination in many areas of civic life:

The Commission proposes a comprehensive assessment of the current legal framework on anti-racism to determine how implementation can be improved and where gaps need to be filled. It will produce a full report on the implementation of the Racial Equality Directive in 2021, and by 2022 it will present any legislation required to address the shortcomings. The Racial Equality Directive requires all Member States to set up a designated body to provide independent assistance to victims of discrimination and issue independent reports on race discrimination. One of the Commission’s key proposals is to introduce new legislation which would strengthen the role and independence of these national equality bodies.

At the moment, EU anti-discrimination legislation beyond the sphere of employment only applies to discrimination on the grounds of sex or racial/ethnic origin (i.e. not all grounds of discrimination are covered outside the workplace). To bridge this gap, the Commission is encouraging the Council to adopt the Commission’s 2008 proposal to implement equal treatment between persons irrespective of religion or belief, disability, age or sexual orientation (COM (2008) 426). The Commission also plans to redouble its efforts to ensure the full and correct transposition and implementation of the Framework Decision on combating racism and xenophobia by means of criminal law. It has concerns that some Member States have not properly transposed the definition of hate speech or the criminalisation of hate crime into national law, and is prepared to launch infringement procedures where needed.

Finally, the Commission plans to use a combination of the Digital Services Act and the upcoming proposal on Artificial Intelligence, and the recent Audiovisual Media Services Directive (2018/1808) to counter racism online. Its key aims in this area are to put in place measures to protect platform users from encountering illegal racist and xenophobic hate speech, and to address the risk of racial bias and discrimination being baked into the algorithms and AI systems of the future.

The action plan contains a number of proposals designed to combat racism in different areas of everyday life, including:

The plan acknowledges that the EU needs to do more to address the structural racism embedded in Europe’s history and social and cultural norms. It includes commitments from the Commission to address racial and ethnic stereotypes in the media and civil society and to improve the collection of data disaggregated by racial or ethnic origin, so that both subjective and structural experiences of discrimination can be captured.

Working with actors at all levels of society

The Commission plans to implement its action plan by cooperating with key players at all levels of society. It requires each Member State to produce a national action plan against racism and racial discrimination by the end of 2022, and will deliver its first report on the progress of these plans at the end of 2023. At a local level, the Commission will co-operate with European cities through existing urban collaboration networks such as URBACT and the Covenant of Mayors. It will also launch a new programme for annual European capital(s) of diversity and inclusion. On a global level, the Commission intends to strengthen partners with key international, regional and bilateral partners towards a new ‘revitalised approach’ to the anti-racism agenda.

The action plan likewise emphasises the Commission’s intention to work with the private sector on anti-racism. In May 2021 it will be running an event for the CEOs of companies which have signed diversity charters, with the aim of promoting better corporate diversity strategies. In addition, it will develop an online toolkit for diversity and inclusion for companies. The plan also stresses that collaboration with civil society will be a crucial element of the Commission’s fight against racism. To this end, the Commission will be hosting a summit on anti-racism in spring 2021 to bringing together EU institutions, Member States, civil society, equality bodies and grassroots organisations. The Commission has also recently appointed a coordinator for anti-racism to act as a focal point for group representatives, ensuring that the voices of people with a minority ethnic background are heard and can be mainstreamed in EU policymaking.

Improving diversity within the EU institutions

The Commission aims for the EU institutions to lead by example in taking steps to improve the diversity of their staff. It is launching its first ever survey to assess the diversity of Commission staff, and will use the data collected to create targeted policies to improve its own inclusiveness. A Diversity and Inclusion Office will be created within the Directorate-General for Human Resources and Security, to oversee the implementation of strategies to advance diversity within the Commission. Human resources staff will undergo mandatory unconscious bias training, and recruitment procedures will undergo equality and diversity screenings to minimise the risk of discrimination and take remedial action where needed. In 2021 the Commission will also present a strategy to improve the representation of candidates with a minority racial or ethnic background in its traineeship programme. It encourages the other EU institutions to follow its lead and take similar steps to foster diversity and inclusion within their organisations.