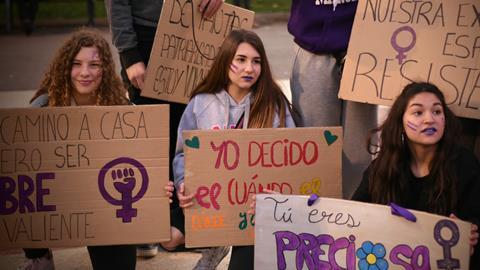 In honour of International Women’s Day, on 4 March 2021 the EU Parliament held an interparliamentary meeting to discuss the crucial role of women in combatting COVID-19 and the need to tackle the gendered impact of the pandemic. The disproportionate effect of the current crisis on women is well documented, and the EU has already published a series of infographics and other materials highlighting the problem.

Several EU institutions have put forward to policy proposals to help tackle the gendered impact of the pandemic.

On 21 January 2021 the European Parliament adopted a resolution on the gender perspective in the COVID-19 crisis and post-crisis period. The resolution proposes a series of initiatives aimed at addressing the harmful gendered impact of the pandemic across a broad spectrum of policy areas, from health and social issues to the economy and the EU’s relationships with other countries. Some of Parliament’s key recommendations were as follows:

Women in the labour market

On 4 March 2021, the Commission proposed a new directive on pay transparency (COM (2021) 93). The proposal aims to ensure that women and men in the EU receive equal pay for equal work by giving employers new transparency obligations, such as gender pay gap reporting and the publication of pay information for job-seekers. The Commission and Parliament have both strongly urged the Council to unblock the Women on Boards Directive (COM (2012) 614), which would introduce mandatory quotas for percentages of women on the corporate boards of public companies. The Commission has also confirmed that its action plan on the European Pillar of Social Rights sets a target of at least 78% of European adults being in work by 2030, and that it intends to meet this goal by bringing more women into the labour market.

The EU Parliament has urged all Member States to fully transpose and implement the Work-Life Balance Directive (2019/1158) to improve women’s access to the labour market by better catering for their domestic and caring responsibilities. It has also suggested that Member States should establish non-transferable fully remunerated leave for caregivers and working parents for as long as COVID-19 control measures are ongoing.

The EU Parliament is campaigning for gender based violence to be added to the list of European crimes under Article 83 of the Treaty on the Functioning of the European Union, which provides for the harmonisation of substantive criminal law between Member States. It has also urged the EU to conclude its accession to the Council of Europe’s Convention on preventing and combating violence against women and domestic violence (the Istanbul Convention) as soon as possible. The EU signed this Convention in 2017.

Parliament has also asked the Commission to work closely with Member States to ensure the full implementation of the Victim’s Rights Directive (2012/29), focusing on a gendered perspective to examine what further protections are needed for the victims of crime. It has called on the Commission to develop an EU-wide protocol on violence against women in times of crisis, including the establishment of protection services for victims which can be accessed even in times of broader social emergency. Parliament is urging the Council to support an existing proposal for an EU-wide helpline in all EU languages for victims of domestic and gender based violence. In addition, the Commission has announced that it will make a new legislative proposal to combat domestic and gender based violence later this year.