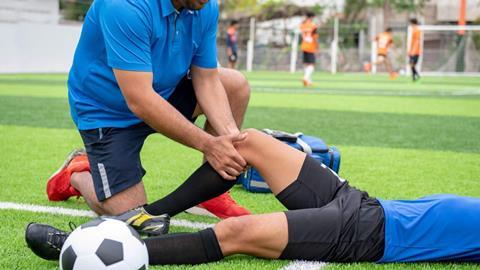 In July 2021, the UK Parliament published a report based on a four-month inquiry conducted by the Digital, Culture, Media and Sport Select Committee. The report was commissioned after an increasing number of sportspeople announced they had been diagnosed with dementia and various other long-term neurological issues.

Whilst current science cannot prove a causal link between dementia and sporting activity, the report is strongly critical of both the Football Association and the Professional Footballers’ Association for ‘failing to fight hard enough or publicly enough to address the issue of concussion’. This comment is likely due to the mammoth amount of anecdotal and observational evidence currently available to sports clubs and coaches which suggests that there is a link between traumatic brain injury and an increasing risk of neurological issues, specifically dementia.

In 2020, a group of highly regarded researchers published a report which detailed twelve lifestyle and health conditions which are known to be linked to an increased risk of dementia but which could, crucially, be prevented. Amongst those twelve factors was traumatic brain injury. Notably, therefore, the development of long-term neurological conditions is not, for many people, inevitable.

As time goes on, more and more ex-athletes are coming forward with their stories of partaking in contact sport at the highest level and the way in which they feel they were not well protected, that the duty of care owed to them by their coaches was not met satisfactorily. The primary duty of care for players of various contact sports currently lies with their world governing body and various national bodies. This is why, in December 2020, eight former professional rugby players, all under the age of 45, announced they were considering legal action after being diagnosed with early onset dementia. They felt that their respective bodies had not done enough to warn them of either the dangers of concussion injuries or taken enough steps to prevent those injuries ever taking place.

In this discussion, there is rightly a focus on children due to their increased vulnerability to injuries. The duty of a sports teacher goes beyond that of a reasonable parent at home with responsibility for the care of the family. It is an enhanced duty which arises from factors such as the low ratio of trainer to child/children, the training environment and equipment and from children interacting with other children who might act unpredictably and sometimes dangerously. Accordingly, it is exceptionally important that trainers and teachers of children specifically take a highly cautious approach when it comes to contact sports.

Some governing bodies have accepted that children should not be exposed to activities within the sport which are more likely to lead to the development of a head injury. In February 2020, the Football Association released new guidelines which advised coaches that there should be ‘no heading in training in the foundation phase’ which covers primary school children or under-11 teams. The guidelines further dictate how much heading older children should do in training. By contrast, however, World Rugby refuted the claim that banning tackling in school rugby may reduce concussions, head and neck injuries. It went on to state that such an assertion was not supported by the data.

Players of all ages are therefore at the mercy of their governing bodies who may have some statutory obligations but are, for the majority of the time, able to decide what is best for their own sport. This means that there are currently varying degrees of protection available to those who partake in any contact sport. For this reason, the July 2021 report recommends that the Health and Safety Executive takes a more proactive engagement with injuries in sport in an effort to drive up current standards.

The varying rules at present mean that each contact sport will see a different amount of potential litigation in the future. Insurance companies will likely see this area as an emerging risk to be covered whilst firms will look to ensure that contracts are drafted so as to limit liability. It is clear that, as time goes on, more stories will emerge of those who have devoted their life to attaining excellence in their sport and, sadly, are now suffering the consequences of that. Historical head injuries can perhaps be justified as being due to a lack of scientific knowledge or anecdotal awareness. Now, however, with significant reports being published on the topic and swathes of individuals’ stories serving as evidence of the link between contact sport injuries and long-term neurological conditions, it is unconscionable for governing bodies not to take heed of the information available and act on it accordingly.