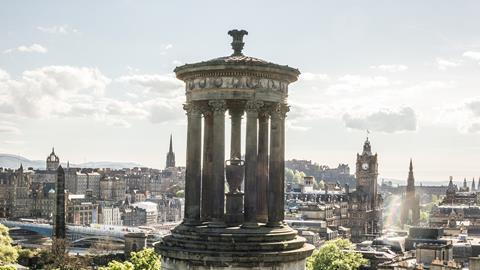 On Tuesday 16th February, the Law Society of Scotland’s Racial Inclusion Group held its inaugural meeting, not in a liveried ballroom in the centre of Edinburgh but drawn from the makeshift workspaces in the members’ homes. Our group has been undiminished by the forum, perhaps unsurprisingly given our personal and professional stake in the task. We are engaged with our purpose and with the data that the Law Society has furnished. We look to report back to the Law Society, and to our membership this summer.

This is challenging. I am yet to meet a person who doubts the value of our remit, though I am sure that this has more to do with current circumstances than the invisibility of such people. But the very necessity of our amalgamation denotes a problem of the most serious sort. The legal profession is steeped in tradition, some ancient, apparent from the comfort with which Latin sits in our doctrinal hierarchy. Harmful prejudices, particularly towards ethnicity, are intertwined with ancient institutions. Though not unique to Scotland, or Scots law, they are impossible to escape and therefore we are in direct opposition to the status quo.

We are challenged by our predecessors who have observed, argued and campaigned on the same issue for generations. We happily take the baton and continue their work through innovation. We are reconciling monitoring and investigative data that LawScot gathered in order to compile their Profile of the Profession with other survey data that we are gathering. Direct information gathering will give us an insight into the profession as it is experienced and influenced by its actors. Our analysis will inform us on current exemplary practices such as contextual recruitment, locate the areas where the problems are known to persist and create systematic change.

Scotland is on the world map this week for all of the right reasons. Our parliament has incorporated the United Nations Convention on the Rights of the Child, empowering our youth with a basket of rights right when they face the biggest challenge of their lives thus far. Scotland is set to incorporate four more fundamental United Nations Conventions following the Human Rights Taskforce Report, among them the 1965 Convention on the Elimination of All Forms of Racial Discrimination (CERD). These are no small steps on Scotland’s journey as a distinct nation.

Our work is not a patch on the work of UN committees or cross party task forces but, since we started with the UN, let us take them as a reference point: Article 1 of CERD defines Racial Discrimination as “any distinction, exclusion, restriction or preference based on race, colour, descent, or national or ethnic origin which has the purpose or effect of nullifying or impairing the recognition, enjoyment or exercise, on an equal footing, of human rights and fundamental freedoms in the political, economic, social, cultural or any other field of public life”. Despite any and all changes in the world since then, not one word of that definition has ceased to be necessary. Nor have any aspects of the convention been unattended to by policy-makers, activists, warmongers. Or lawyers and law-makers. It would have been incredibly naïve to believe that a universal declaration would cure the world’s ills in this regard. However, its purpose was to create a moral and legal standard as well as an accountability mechanism as a platform for the mammoth task of addressing this insidious evil. I look forward to this treaty coming home and the wealth of reference points that will accompany it.

The Racial Inclusion Group is a means to get our own house in order. Recognising the positivity towards anti-racism and the fertile ground that LawScot has been tilling in recent years, my sense is that the values of diversity and inclusion are beginning to be realised. Not for the sake of signalling popular virtues but to reap the rewards that come with diversity of thought, innovation and rejuvenation. Take, for example, our working definition of Inclusion: involvement (participation) and empowerment, where the inherent worth and dignity of all people are recognized. An inclusive industry promotes and sustains a sense of belonging; it values and practices respect for the talents, beliefs, backgrounds, and ways of living of its members. Looking at recruitment and retention through this lens, who would deny the benefits of deliberately inclusive practices. Employees and colleagues who enjoy and exercise their whole selves within their impression are undoubtedly likely to be more productive, empowered and empowering; vital if we wish our profession to maintain any authority in society. Inclusion is a central part of stewardship, and as temporary custodians of a tradition that is one of the cornerstones of our civilisation our debt is to our descendants in practice. Our work, grounded in optimistic pragmatism will chart a route forward for colleges, universities, firms and connected bodies to be actively inclusive through processes and practices. We will evidence to our current profession, our future membership and our stakeholders, that diversity and inclusion are the key to a resilient and continuously renewal for our industry.