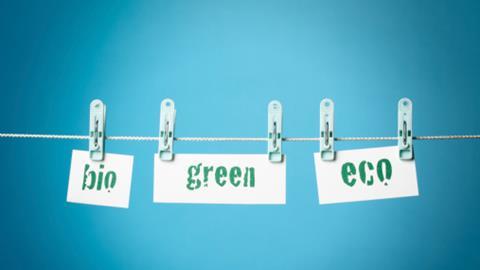 The rise of ‘greenwashing’ in consumer advertising

Climate change awareness has never been more seared into the UK public’s conscience, whether it be through the political jousting in the run-up to COP26, 18-year-old Greta Thunberg’s nomination for the 2021 Nobel Peace Prize, or the Insulate Britain protests which brought the M25 to a standstill.

With the awareness of climate issues amongst the general public being more prevalent than ever before, it has become ‘trendy’, for businesses to market themselves as eco-friendly to be competitive. A YouGov survey in 2021 found that amongst younger UK consumers, up to 69% of people were willing to pay extra for an environmentally friendly product. However, a study of online websites by the Competition and Markets Authority of the UK (“CMA”) and the Dutch Competition Authorities have found that up to 40% of green claims were misleading.

‘Misleading’ claims are not just claims which are false. They may also give the impression that something has an edge over another product e.g. by saying something is microbead free, when in the UK, all rinse-off cosmetics are microbead free, due to product regulations. This is something which is known as ‘greenwashing’, whereby misleading or unsubstantiated environmental claims are made by businesses.

To address this, the CMA have issued a non-binding Green Claims Code, which provides clarity on how it will use existing consumer rights legislation, as the basis for potential enforcement proceedings against businesses, commencing in January 2022. There are six key principles in the code:

Besides the reputational damage of being investigated by the CMA for violations of this code and the possible civil and criminal sanctions which may result, consumers may also seek redress from businesses for misleading practices.

Green litigation could especially be prevalent in global financial markets, as some investments are categorised as being eco-friendly and are charged a premium (called a ‘greenium’), as a result. If it turns out those assets were not as green as initially represented, this could open the door for class actions, from potentially thousands of claimants. The UK Supreme Court’s recent judgment in Okpabi and others v Royal Dutch Shell Plc [2021] UKSC 3, has shown sympathy towards environmental claims, in recognising that a UK domiciled parent company could be liable for its subsidiaries’ environmentally harmful actions, abroad.

Further European action is also being taken in this regard, with the EU Commission proposing a new directive on the harmonisation of green claims across Europe to prevent greenwashing, and the Dutch Competition Authority’s new guidelines for sustainability claims, published in January 2021.

Interestingly, COP26 itself has already been embroiled in a greenwashing scandal, having praised their ‘principal partner’ Reckitt (firm behind Dettol and Vanish, amongst other brands), for their ‘clear commitment to combatting climate change’. However, Reckitt is allegedly a big player in the use of palm oil (a material which has been implicated in mass deforestation and human rights abuses), purportedly using more than 134,000 tonnes of it a year, to produce its goods. It remains to be seen how the CMA will utilise the Green Claims Code in 2022, to sanction misleading claims.