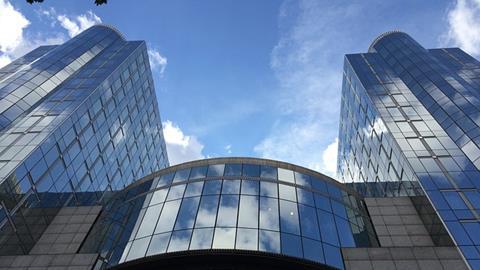 On 21 March 2018, Dr Helena Raulus, Head of the UK Law Societies Joint Brussels Office, took part in an exchange of information on the withdrawal of the UK from the EU at the constitutional affairs committee (AFCO) of the European Parliament.

Beginning with a presentation, Dr Raulus provided insights into, inter alia, the recently approved transition agreement, confirming the Law Societies neutral stance in calling for an orderly withdrawal of the UK. She confirmed that whilst the end of the transition period in December 2020 may provide a long enough timescale for negotiations. However, any new framework is likely to be comprehensive, requiring ratification by the EU and the 27 Member States which was very time intensive and, as such, the withdrawal agreement should foresee an institutional mechanism to extend this period.

Dr Raulus confirmed that the agreement provided for EU citizens to remain, work and obtain residence in the UK during the transition period, and vice-versa, a possibility for the UK citizens in the EU. In addition, they could continue to fulfil conditions for permanent residence (after the end of transition) and the agreement provided clarity on grandfathering rules, i.e. rights for professionals to obtain their qualifications to practice in the UK and EU, and to continue to complete re-qualification post-transition period.

Concerning the protocol, Dr Raulus stated that the agreement should be widened to include services as well as goods as SMEs should be allowed to continue to conduct cross-border business. She argued that it is the role of services to support trade in goods and without the inclusion of services, SMEs will need to employ two teams of service providers on both sides of the border. This is of course cost prohibitive and SMEs (in particular) should be able to rely on providers who can operate on both sides of the border.

The final focus of the presentation was dispute settlement mechanisms, on which the Law Society of England and Wales had recently produced a paper. The CJEU would be responsible for oversight during the transition period, with UK lawyers retaining their rights of audience.

Dr Raulus noted that this allowed for consistency and an independent advisory board would replace the role of the EU Commission post-transition, with the CJEU continuing to have jurisdiction over the UK for 8 years. The UK legal profession and their access to the Court has not been covered at this stage and it was noted that this would need to be addressed to save applicants changing their legal teams mid-case, in particular where the cases originated from the UK and the parties were represented by UK qualified lawyers.

She argued that there should be negotiation on a new form of dispute settlement mechanism. The CJEU was unlikely to be the solution for the UK, particularly with no UK representation in the judiciary or access to the court by the UK legal profession. One option was the creation of a department in the UK Supreme Court to mirror the role of the CJEU, such department would need to take into account CJEU judgments.

Dr Raulus then took questions from MEPs under the direction of the Danita Hubner, Chair of the AFCO and member of the Brexit Steering Group.

In response to a litany of questions, Dr Raulus began by reiterating that the 12-month period for ratification was very optimistic considering the requirement of some of the EU27 requiring referenda prior to ratification. If provisional ratification was considered, any agreement could be implemented through those parts ratified by the EU but those under mixed competence of the EU and Member States would then be brought in later pending full ratification. In this scenario, it would be important to have a settlement in place for a situation where the agreement would not be ratified before its implementation. She noted that as the new arrangement was not currently known, the status quo was preferable.

It was confirmed that there was no standard time period for ratification of treaties, however, in the case of non-ratification (which was possible), the EU was able to re-open negotiations to revise any agreement, editing areas of non-approval. On this note, Dr Raulus confirmed that the German Constitutional Court would be likely become involved on matters of criminal justice in the treaty (as it was during negotiations for the Lisbon Treaty). She confirmed that an agreement can also be challenged in the CJEU which can then decide if the treaty complies with EU law.

On the Irish border, she noted that only once there is a new EU – UK Agreement is it possible to know what needs to be addressed. This then provides a position on bilateral negotiations (Ireland-UK) or a further EU-UK agreement on the internal market.

On dispute settlement, Dr Raulus noted that individuals could challenge corporations or states in the EU mechanism. The implementation of such a system in the UK would provide for deeper cooperation and it was thus important to start building such a company and individually accessed dispute resolution mechanism.

The continuation of the status quo for citizens in the transition period provided for a person’s status to be changed from worker to students (economically inactive) without losing their rights to apply for residence.

Dr Raulus concluded with remarks on the UK legal profession. UK law was based on precedent and thus it may take time to diverge from the present regime. On the issue of recognition of UK legal qualifications in Ireland, she noted that the power to recognise legal qualifications, for the most part, rests on the appropriate national regulator, bar or law society. Where those legal practitioners come from third countries, the position is not covered by EU regulations.

During transition, the status quo remains, whereby UK qualified lawyers are considered as EU lawyers. After the transition, if the new UK – EU agreement does not cover legal services or provides only very limited provisions on the subject, UK qualified lawyers are likely to be considered as third country lawyers. In this situation, the question centres on requalification rights in an EU jurisdiction. The answer depends on each member state or jurisdiction and the status of their recognition of UK qualified lawyers. Currently, for example, the Law Society of Ireland recognises practitioners from England and Wales and Northern Ireland on a relatively automatic basis (though not those from Scotland). This means that once such practitioners obtain a practicing certification from Ireland, they continue to be considered as EU qualified. There are neither any EU laws restricting the rights of national law societies or bars to recognise qualifications from third country practitioners, nor any grounds for other EU bars or law societies to refuse to recognise such qualifications under the Lawyers’ Directives regime.