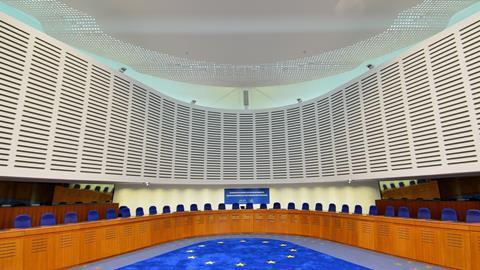 Turkey’s Coup and the European Court of Human Rights

On 5th March 2018, the Law Society of England and Wales co-sponsored a conference in Berlin on the approach taken by the European Court of Human Rights (ECtHR) in relation to cases emerging from Turkey since the attempted coup in July 2016.

The event was held jointly with the German Bar Association, Lawyers for Lawyers, the Observatoire International Des Avocats and ELDH in Berlin. Support came from three groups of French lawyers: Defense Sans Frontiere: Le Avocats Solidaires, Le Conference des Batonniers, and Le Syndicat des Avocats de France. Over 100 delegates participated at this event and the attendees included pan-European lawyers, Turkish Academics (in exile after the attempted coup), as well as members of international human rights NGOs and lawyers from Turkey itself.

The discussions focused on the approach taken by the European Court of Human Rights (ECHR) in relation to cases emerging from Turkey since the attempted coup in July 2016. The participants also reflected on whether the ECHR can provide effective remedies to Turkish citizens and if not, what other approaches could be considered.

Since 2016, the Turkey’s Constitutional Court has been ineffective in addressing gross violationsagainst human rights and civil liberties. It has a backlog of tens of thousands of cases and, unsuprisingly, the ECHR saw more than 90,200 petitions from Turkish citizens searching for remedies (30,000 of them hav ebeen summarily dismissed as manifestly ill-founded).

The conference resulted in a call to action for Turkish and European lawyers to co-operate and collaborate to ensure that the best cases are properly pleaded and supported and in order to facilitate the work of the Court.

See here for a full report of the event and a blog on progress.