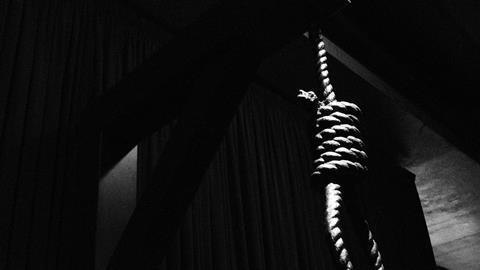 Hands Off Cain (“HOC”) is an NGO founded in Brussels in 1993. It is a non-profit organisation, constituent member of the nonviolent and transnational Radical Party, recognised as a first-degree NGO by the UN Economic and Social Council.  HOC’s name is taken from Genesis, the first book of the bible, which includes the phrases “an eye for an eye” and also “And the Lord set a sign for Cain, lest any finding him should smite him”. Hands off Cain stands for justice without vengeance.

Although it has chosen a biblical name, HoC is focussed on the pragmatic, non-ideological aspects of the theme of human rights, having in mind the cultural, political, religious and social differences of many different countries in which it seeks to operate. HOC’s “core business” is the death penalty and it was the first, and for many years the only, to focus on a moratorium as an “intermediate step”, rather than direct abolition. In 1994, HoC took the initiative to convince the Italian Government to present a resolution to the UN General Assembly asking for “a moratorium on executions, in view of the final abolition of the death penalty”. That first resolution was rejected by eight votes.

Since then, with a series of international missions, HOC has convinced several governments to change their stance. Initially, the group was alone in this operation of international lobbying due to other major NGO’s stance of a moratorium as signifying the wrong objective, presenting abolition as the sole focus. Between 1997 and 2005, the moratorium resolution was discussed before the UN Human Rights Commission in Geneva (“UNCHR”), and succeeded nine times in succession. In 2007 and as grown and amended, the resolution returned to the General Assembly and was approved. This positive vote was repeated a further 6 times, and the number of countries in support of the death penalty has gradually dropped from 54 in 2007 to 40 in 2016. HOC maintains a series of initiatives to strengthen the text of the regulation and increase its support within the UN in view of the forthcoming vote expected in 2018, ensuring a practical effect to its contents.

HOC follows all the main international initiatives addressed to the “major” countries that apply the death penalty (including, inter alia, China, Iran, Saudi Arabia and some states in the United States), however, it devotes special attention to the Mediterranean basin and the African continent. As part of a project supported by the European Union for the 2017-2020 triennium, HOC, in synergy with the Somali Women Agenda, the Arab Institute for Human Rights and the Arab Organization for Human Rights, has committed to conducting training and information events in Egypt, Somalia and Tunisia. The aim is to spread knowledge of those instruments of international law that contribute to contain the use of the death penalty in time of terrorism and, more generally to strengthen the respect of human rights. Among HOC’s goals is also the containment of the death penalty in time of war against terrorism with the campaign “State of emergency? Rule of Law!”. This has become all the more relevant in light of reactions through state of emergency and the fight against terrorism with the tragic use of the death penalty.

With the sole exception of Belarus, Europe is a continent free from the death penalty, and here HOC deals with “punishment until death”, being those forms of life imprisonment that decide to neglect rehabilitative and re-socializing purposes, and believe that some people must remain in prison until the day of their death. In Italy, this type of imprisonment is more widespread and known as “ergastolo ostativo”. Accordingly, HOC is coordinating a series of legal and judicial initiatives before the national courts of Italy, as well as international bodies such as the European Court of Human Rights and the UNCHR. The Treasurer of HOC, former Member of Parliament Elisabetta Zamparutti, is also a member of the CPT (European Committee for the Prevention of Torture and Inhuman or Degrading Treatment or Punishment). In collaboration with the Ministry of Justice and the Penitentiary Administration, HOC also meets with prisoners sentenced to life imprisonment in all prisons of maximum security. The partnership is the first “re-socializing” experiment authorised by the Ministry of Justice in relation to those considered “dangerous prisoners”. It is called “Spes contra spem” and has so far covered hundreds of maximum security inmates, leading to the creation of a documentary film entitled “Spes contra Spem, freedom inside”. In recognition of reaching a wider audience, the documentary has been accepted at the Venice and Rome film festivals, and been broadcast by national television.

In addition to the above, since 1998 HOC has published its “Annual Report on the Death Penalty Worldwide”, and releases an electronic newsletter (daily and weekly). The Annual Report’s “Abolitionist of the Year” award is dedicated to a person who has demonstrated an extraordinary commitment in the struggle for the moratorium or the abolition of the death penalty and is presented at a ceremony in Rome.